The Premier League game at The Hawthorns on Sunday will see hosts West Bromwich Albion up against Leicester City.

West Bromwich Albion go into this match coming off the back of a 2-2 Championship stalemate against Queens Park Rangers.

Slaven Bilić's West Bromwich Albion have hit the target 10 times over their preceding 6 outings. The comparative tally of goals that they have conceded in that time is 7.

After tasting defeat last time out to Manchester United in Premier League competition, Leicester City and their fans will hope to get a better result this time.

Brendan Rodgers's Leicester City have had reason to celebrate scoring a total of 7 times throughout their previous 6 matches. The number of goals that have been scored against them during the equivalent period equals 10.

Checking on their most recent head-to-head meetings stretching back to 31/10/2015 shows that West Bromwich Albion have won 1 of these & Leicester City 3, with the number of drawn matches being 2.

A total of 20 goals were shared by the two clubs during those clashes, with 8 from The Baggies and 12 netted by The Foxes. The average number of goals per game works out to 3.33.

The last league match between the two was Premier League match day 30 on 10/03/2018 when it ended West Bromwich Albion 1-4 Leicester City.

That day, West Bromwich Albion had 44% possession and 6 shots at goal with 2 on target. Their only player on the scoresheet was Rondón (8').

West Bromwich Albion boss Slaven Bilić does not have any fitness worries to speak of before this match with a completely injury-free squad available for selection.

Owing to a fully injury-free squad available to select from, Leicester City manager Brendan Rodgers doesn’t have any fitness worries to report coming into this clash.

West Bromwich Albion will need to push hard to score goals against this Leicester City outfit who we think will just have the edge.

We therefore fancy a hard-fought contest, finishing with a 0-1 winning margin for Leicester City at the end of the match. 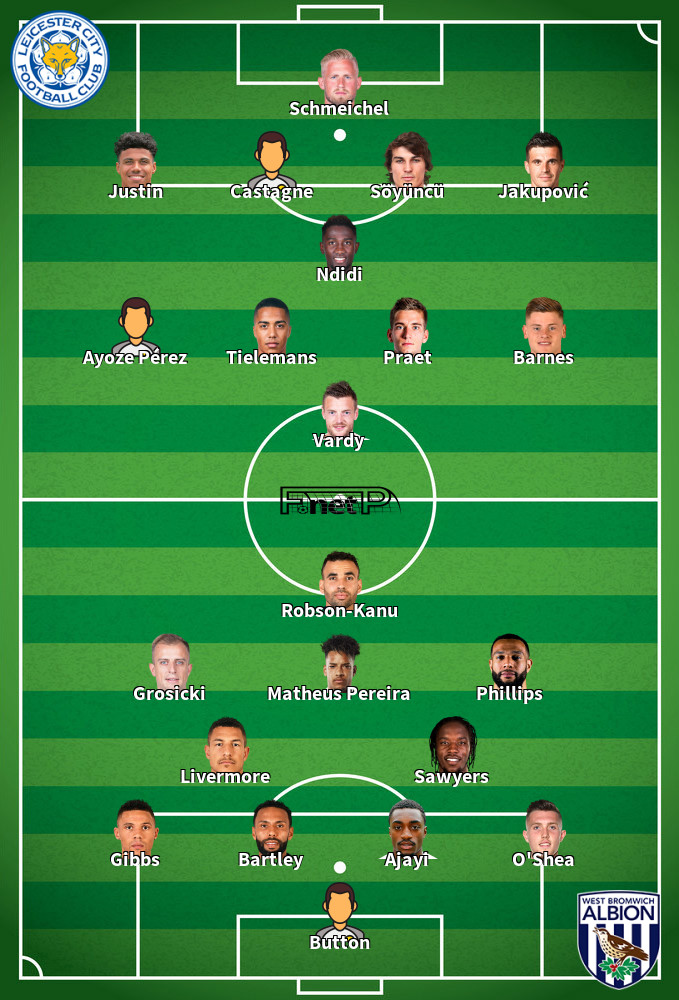 While we have made these predictions for West Bromwich Albion v Leicester City for this match preview with the best of intentions, no profits are guaranteed. Always gamble responsibly, and with what you can afford to lose. Good luck with your selections.