Levante will be at Estadio Santiago Bernabéu on Thursday for the La Liga clash with home team Real Madrid.

Full predictions, pre-match stats and user poll for Real Madrid v Levante are shown on this page - plus the latest betting odds.

Real Madrid will be hoping to bounce back here following the 1-0 La Liga loss in their previous game against Atlético Madrid.

In that match, Real Madrid managed 59% possession and 15 attempts at goal with 6 on target. For their opponents, Atlético de Madrid got 16 attempts on goal with 2 of them on target. Yannick Carrasco (40') was the scorer for Atlético Madrid.

It’s been all too rare in recent times where Real Madrid have shown defensive steel. The facts show that Real Madrid have been scored against in 5 of their previous 6 clashes, letting in 9 goals along the way.

Looking at their past form shows that Real Madrid:

Levante will go into the meeting following on from a 2-1 La Liga win with the eclipse of Real Sociedad in their most recent outing.

In that match, Levante had 35% possession and 16 shots at goal with 7 on target. For Levante, the scorers were Miramón (53') and Gonzalo Melero (90'). Real Sociedad got 21 attempts on goal with 6 of them on target. David Silva (66') scored for Real Sociedad.

The numbers tell their own story, and Levante have been scored against in 5 of their last 6 matches, seeing opposing sides hit 9 goals in all. In defence, Levante can certainly do much better. That sort of trend won’t necessarily be continued into this match, however.

Coming into this clash, Levante are unbeaten in their last 2 away league matches.

A review of their most recent head to head meetings going back to 24/02/2019 tells us that Real Madrid have won 3 of them and Levante 2, with the number of draws being 1.

A combined total of 20 goals were scored between them in this period, with 11 of them from Los Blancos and 9 coming from Levante. This gives an average number of goals per game equal to 3.33.

The previous league clash featuring the two was La Liga match day 2 on 22/08/2021 which finished with the scoreline of Levante 3-3 Real Madrid.

Owing to a fully healthy squad available to choose from, the Levante boss Alessio Lisci does not have any fitness concerns at all ahead of this match.

Levante will manage to find the net against this Real Madrid outfit, however it may not be as many as they will have scored against them.

Our tip is for a narrow 2-1 win for Real Madrid after 90 minutes. Looking forward to this. 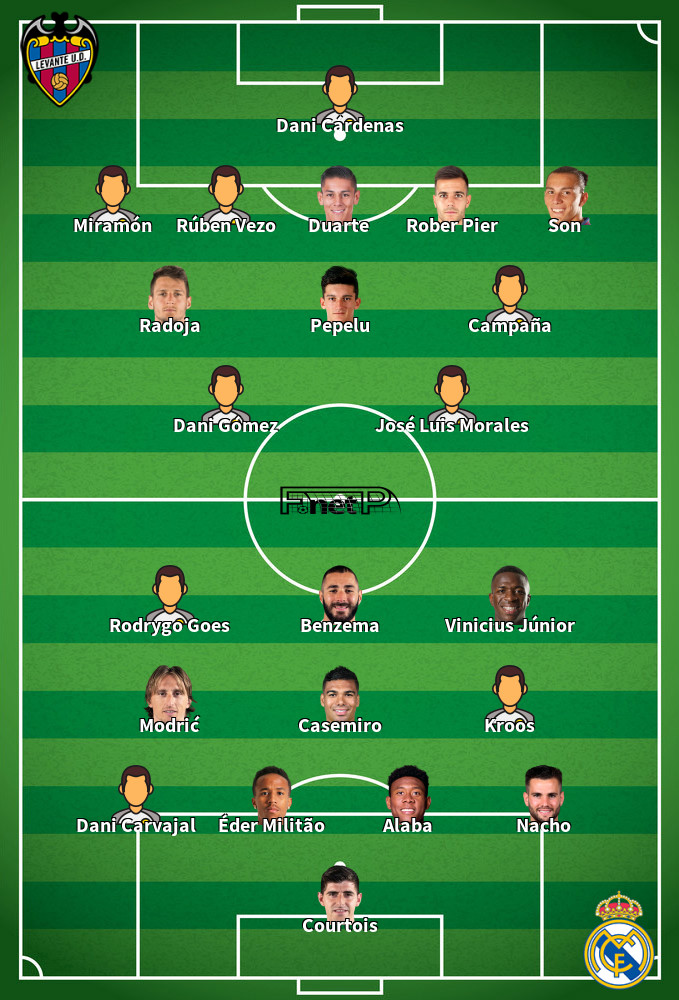 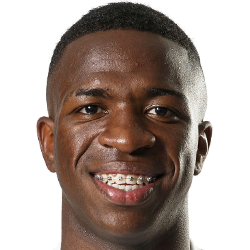 Typically used in the Left Wing position, Vinicius Júnior was born in São Gonçalo, Brazil. Having played his first senior match for Flamengo in the 2017 season, the dangerous Forward has scored a sum of 14 league goals in the LaLiga 2021 - 2022 season to date in 32 appearances.

We have made these Real Madrid v Levante predictions for this match preview with the best intentions, but no profits are guaranteed. Please always gamble responsibly, only with money that you can afford to lose.