Walsall will visit The Breyer Group Stadium on Saturday for the League Two showdown with home team Leyton Orient.

Our Leyton Orient v Walsall predictions, statistics and match poll can be seen below - as well as the best betting odds.

Leyton Orient will be looking for another win after the 0-1 League Two victory vs Rochdale.

The only scorer from Leyton Orient was George Moncur (35').

Matches with Leyton Orient have often been entertaining ones recently with plenty of scoring expected. Over their past six clashes, a grand total of 20 goals have flown in for both sides combined (at an average of 3.33 goals per game) with 11 of those accredited to Leyton Orient. We will see whether or not that trend will be sustained into this next match.

Taking a look at their past results, Leyton Orient:

In their previous game, Walsall drew 1-1 in the League Two tie with Colchester United.

The only player to score from Walsall was Tom Knowles (61'). Frank Nouble (2') scored for Colchester United.

Looking at their form, and Walsall have been scored against in 5 of their last 6 matches, seeing their opponents hit 7 goals overall. Defensively, Walsall certainly have room for improvement.

Taking a look at their past results, Walsall:

Checking out their prior head to head duels going back to 12/10/2019, both clubs have shared the honours with Leyton Orient winning 2 of those games, Walsall 2 and 2 being drawn after 90 minutes of play.

A combined total of 10 goals were produced between them during those clashes, with 6 of them for The O's and 4 coming from The Saddlers. The average goals per game has been 1.67.

The previous league encounter featuring these sides was League Two match day 40 on 02/04/2022 when it ended Walsall 0-2 Leyton Orient.

The Leyton Orient boss Richie Wellens will be thankful to have no fitness worries whatsoever coming into this match thanks to a fully healthy squad ready to go.

Owing to an otherwise full-strength group, there is just the lone fitness issue for the Walsall gaffer Michael Flynn to be concerned with. Conor Wilkinson (Knee Injury) won’t be playing here.

Here is a game where Walsall will really need to work well to hit the back of the net against this Leyton Orient lineup who we think will likely end up scoring and staying ahead.

We’re therefore seeing a very competitive game with a 1-0 advantage for Leyton Orient when the referee blows for full-time. 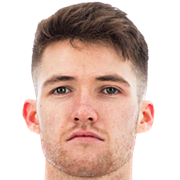 Typically taking up the Striker position, Paul Smyth was born in N. Ireland. Having made his senior debut playing for Linfield in the 2015 - 2016 season, the goalscoring Forward has managed 3 league goals in this League Two 2022 - 2023 season so far from a total of 7 appearances.

We have made these Leyton Orient v Walsall predictions for this match preview with the best intentions, but no profits are guaranteed. Please always gamble responsibly, only with money that you can afford to lose. Good luck!