Liverpool have a new challenge on Tuesday as they head into this approaching Champions League game versus RB Leipzig.

Scroll down for all of our predictions, poll and stats for the RB Leipzig v Liverpool game (inc. the best betting odds).

RB Leipzig will want to continue from where they left off last time out with the 2-1 Bundesliga 1 triumph against Augsburg.

In that match, RB Leipzig had 59% possession and 16 shots on goal with 6 on target. For RB Leipzig, the goalscorers were Dani Olmo (38') and Christopher Nkunku (43'). FC Augsburg 1907 had 4 attempts at goal with 2 of them on target. Daniel Caligiuri (77') scored for Augsburg.

RB Leipzig haven’t been able to stop scoring goals, hitting the target in each and every one of their last 6 games.

They’ve totted up the amount of 13 during that period while seeing the number of goals scored against them stand at 4. We shall soon find out whether or not that trend will be continued on here.

Since being defeated in their last game at the hands of Leicester City in Premier League action, Liverpool and their travelling fans will hope for a better result here.

Looking at their form, and Liverpool have been scored against in 6 of their last 6 games, seeing their opponents hit 13 goals in all. Defensively, The Reds just haven’t been too solid at all.

When taking all factors into account, RB Leipzig will likely create enough chances to get a goal against this Liverpool lineup, but a single goal is unlikely to be enough to give them the result that they want.

We can see a very close game with a 1-2 advantage for Liverpool after 90 minutes. Looking forward to this. 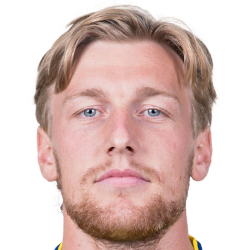 Mostly playing in the Left Wing position, Emil Forsberg was born in Sundsvall, Sweden. Having made his senior debut playing for GIF Sundsvall in the 2009 season, the accomplished Forward has contributed 4 league goals in this Bundesliga 1 2020 - 2021 campaign so far from a total of 18 appearances.

We have made these RB Leipzig v Liverpool predictions for this match preview with the best intentions, but no profits are guaranteed. Please always gamble responsibly, only with money that you can afford to lose. Good luck!