Return to this page a few days before the scheduled game when this expired prediction will be updated with our full preview and tips for the next match between these teams.
Full-Time Result Prediction
👉
Ljungskile SK to Win

The Superettan match at Skarsjövallen on Sunday will see home team Ljungskile SK fighting it out with Umeå FC.

Our tips, poll and stats for Ljungskile SK v Umeå FC can all be found here (including the best match odds).

Ljungskile SK will play in this match coming off the back of a 0-0 Superettan drawn match versus GIF Sundsvall.

A recurring aspect of more recent Ljungskile SK games is the number of results with a nil in them.

Taking their previous sextet of clashes before this one, in 5 of them a bet on both teams scoring would have been a losing one. With no two games being the same, it remains to be seen if the trend shall be maintained in this next match or not.

Ahead of this meeting, Ljungskile SK haven’t won at home in the past 4 matches in the league. That's never good.

Umeå FC go into this game following a 3-0 Superettan win over GAIS in their last game.

The stats tell the story, and Umeå FC have been scored against in 5 of their last 6 matches, seeing opposing sides hit 11 goals in total. In defence, Umeå could really do with shoring things up.

Going into this contest, Umeå FC haven’t won away from home in the past 4 matches in the league.

The last league meeting between the two was Superettan match day 8 on 25/07/2020 which finished with the scoreline of Umeå FC 3-1 Ljungskile SK.

The referee was Andreas Johansson.

With a completely injury-free group available for selection, Umeå FC manager Brian Clarhaut has no fitness worries at all coming into this clash.

In this match, Umeå FC should have enough to breach the defence of this Ljungskile SK lineup, however it realistically won’t be as many as they’ll concede.

We’re predicting both teams to score in a 2-1 winning margin for Ljungskile SK after 90 minutes. Should be an interesting one. 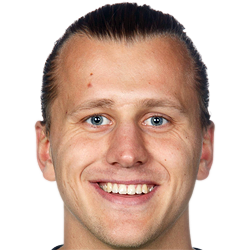 Generally taking up the Striker position, Jesper Westermark was born in Sweden. After making a first senior appearance for BK Häcken in the 2012 season, the talented Forward has contributed 7 league goals in the Superettan 2020 campaign so far from a total of 23 appearances.

While we have made these predictions for Ljungskile SK v Umeå FC for this match preview with the best of intentions, no profits are guaranteed. Always gamble responsibly, and with what you can afford to lose. Good luck!