Matches involving Lokomotiva Zagreb have proved to be exciting encounters lately with plenty of scoring expected. Over their past six games alone, the sum of 21 goals have flown in for both teams combined (at an average of 3.5 goals per game) with 10 of these belonging to Lokomotiva Zagreb.

Coming into this contest, Lokomotiva Zagreb are undefeated in their previous 12 league matches at home. Visiting teams have certainly not had an easy time of it here.

Fausto Budicin's Rijeka have managed to stick the ball in the net a total of 6 times in the course of their previous 6 matches. The total of goals that have been scored against them during those same clashes comes to 7.

A glance at their most recent head to head clashes dating back to 06/02/2021 shows us that Lokomotiva Zagreb have won 2 of these games & Rijeka 4, with the number of drawn games standing at 0.

A total of 21 goals were yielded between them during those clashes, with 8 of them for Lokosi and 13 for Riječki bijeli. That is an average goals per game value of 3.5.

The last league clash between these sides was Prva Liga match day 31 on 16/04/2022 when it finished Lokomotiva Zagreb 2-1 Rijeka.

That day, Lokomotiva Zagreb managed 32% possession and 7 shots at goal with 2 of them on target. The scorers were Luka Stojković (38') and Lukas Kačavenda (46').

Rijeka had 9 attempts at goal with 2 of them on target. Josip Drmić (92') scored.

The referee was Dario Bel.

We feel that Rijeka and Lokomotiva Zagreb should play out a closely-fought contest here.

There should be little in it, and a draw looks to be quite a realistic result. That’s why we have predicted a very even match with a score draw at the end of this game. 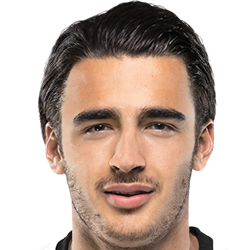 Mostly taking up the Striker position, Sandro Kulenović was born in Zagreb, Croatia. Having made his senior debut playing for Legia Warsaw in the 2018 - 2019 season, the gifted Forward has managed to score 2 league goals in this HNL 2022 - 2023 campaign so far coming from a total of 3 appearances.

We have made these Lokomotiva Zagreb v Rijeka predictions for this match preview with the best intentions, but no profits are guaranteed. Please always gamble responsibly, only with money that you can afford to lose. Best of luck.