Return to this page a few days before the scheduled game when this expired prediction will be updated with our full preview and tips for the next match between these teams.
Full-Time Result Prediction
👉
Lyngby BK to Win

The Superliga game at Lyngby Stadion on Sunday will see home side Lyngby BK up against opponents in Odense BK.

Our Lyngby BK v Odense BK predictions, statistics and match poll can be seen below - plus the latest betting odds.

Lyngby BK go into this match after a 1-1 Superliga drawn result against Aalborg BK.

In that game, Lyngby BK had 49% possession and 14 attempts at goal with 3 on target. The only player on the scoresheet for Lyngby BK was Kasper Jørgensen (45'). Aalborg BK got 9 attempts on goal with 2 on target. Allan Sousa (47') scored for Aalborg BK.

It has not been often in recent games that Lyngby BK haven’t conceded. It will be a concern for them that Lyngby BK have failed to prevent opponents from scoring in 6 of their previous 6 games, leaking 11 goals along the way. That kind of trend isn’t assured to follow through into this next game, of course.

Odense BK will come into the game after a 2-1 Superliga win over FC Copenhagen in their last game.

The stats don’t lie, and Odense BK have been scored against in 5 of their last 6 games, letting opponents get 7 goals in all. In defence, Odense BK can certainly do much better.

Heading into this contest, Odense BK haven't been defeated by Lyngby BK when they have played them away from home in the previous 2 league games.

A review of their most recent head to head meetings stretching back to 22/06/2020 tells us that Lyngby BK have won 1 of these games & Odense BK 5, with the number of drawn results being 0.

A sum of 16 goals were yielded between them during those clashes, with 4 from De kongeblå and 12 created by De Stribede. The average number of goals per game works out to 2.67.

The previous league encounter between these sides was Superliga match day 9 on 20/05/2021 which finished with the scoreline of Lyngby BK 1-2 Odense BK.

In that game, Lyngby BK managed 60% possession and 16 shots at goal with 4 on target. Their only player to score was Mathias Hebo (70').

The match was refereed by Michael Tykgaard.

Thanks to a fully injury-free squad available to choose from, the Odense BK manager Andreas Alm has zero fitness concerns whatsoever coming into this game.

We’re of the opinion that Odense BK might have a difficult job to see themselves scoring against this Lyngby BK team who we think will likely manage to score & go ahead.

We’ve gone for a good tussle with a 1-0 winning margin for Lyngby BK at the end of this one. 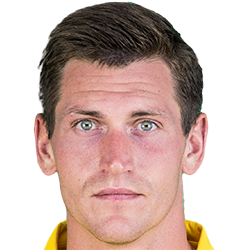 Generally deployed in the Striker position, Mathias Kristensen was born in Denmark. After having played his first senior match for AC Horsens in the 2018 - 2019 season, the accomplished Forward has struck 2 league goals in this Superliga 2022 - 2023 season to date in a total of 9 appearances.

While we have made these predictions for Lyngby BK v Odense BK for this match preview with the best of intentions, no profits are guaranteed. Always gamble responsibly, and with what you can afford to lose. Good luck!