Maidenhead United will be facing visiting team Notts County at York Road Stadium in the National League tie on Sunday.

All of our predictions, stats and the user poll for Maidenhead United v Notts County are shown below - plus the latest match odds.

Maidenhead United will be looking for an improved result here following the 0-1 National League loss in their previous game against Notts County.

Cal Roberts (71') was the scorer for Notts County.

Their more recent scorelines highlight the fact that much solidity has been shown by the Maidenhead United rearguard. Maidenhead United have kept it tight, resulting in the number of goals that have gone past their goalkeeper over the course of their past 6 outings standing at 4. That trend won’t necessarily be sustained into this next game, though.

Their prior results show that Maidenhead United:

In a total of 5 of the previous 6 games involving Notts County, three or more goals have been struck. The overall average goals scored per match during that time is 3.33, with the number of goals averaged by Notts County working out to 2.5.

A look at their most recent head to head clashes stretching back to 26/12/2019 shows that Maidenhead United have won 1 of these games and Notts County 4, with the number of drawn results standing at 1.

In all, 14 goals were scored between the two sides throughout the course of those matches, with 3 of them from The Magpies and 11 being from The Magpies. This gives an average number of goals per game equal to 2.33.

The last league meeting between the two was National League match day 7 on 18/09/2021 when it ended Notts County 1-0 Maidenhead United.

The match was refereed by Adam Herczeg.

The Maidenhead United manager Alan Devonshire has a full complement, with no fitness concerns to speak of ahead of this clash owing to a completely healthy group to choose from.

Owing to a completely healthy squad available to select from, the Notts County boss Ian Burchnall has no fitness worries to speak of coming into this game.

When taking all factors into account, Notts County and Maidenhead United could well cancel each other out, with goals at a real premium.

That is why we are leaning toward a hard-fought 0-0 score when all is said and done. 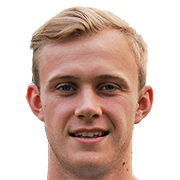 Normally deployed in the Left Attacking Midfielder position, Sam Barratt was born in England. After making a first senior appearance for Maidenhead United in the 2017 - 2018 season, the goalscoring Midfielder has scored a sum of 7 league goals in this National League 2021 - 2022 season to date in 20 appearances.

While we have made these predictions for Maidenhead United v Notts County for this match preview with the best of intentions, no profits are guaranteed. Always gamble responsibly, and with what you can afford to lose. Best of luck.