All Maidstone United v Wrexham match predictions, user poll and stats are shown below (including the best match odds).

Maidstone United will be looking to improve on their last outing here after a 4-1 National League defeat last time out to York City.

Leading up to this clash, Maidstone United:

Wrexham will come into the meeting after a 2-1 National League win with the defeat of Bromley in their last fixture.

In their last six clashes, Wrexham have bagged a total of 16 goals. Wrexham have also managed to score in every single one of those games. During those fixtures, they have seen 6 goals go against them. We shall soon find out whether or not that trend will be sustained in this game.

A glance at their past head to head clashes going back to 14/04/2017 shows us that Maidstone United have won 2 of them and Wrexham 3, with the number of drawn results standing at 1.

A sum of 16 goals were shared by the two clubs in this period, with 6 for The Stones and 10 for The Dragons. This gives an average number of goals per game equal to 2.67.

The previous league game between these sides was National League match day 4 on 20/08/2022 which ended up with the score at Wrexham 5-0 Maidstone United.

The Maidstone United boss George Elokobi does not have any fitness worries whatsoever before this clash with a completely injury-free squad to choose from.

In an otherwise healthy group, there is just the one fitness problem for the Wrexham boss Phil Parkinson to be concerned with. Jordan Davies (Knee Injury) won’t be playing here.

We believe that Wrexham will, in all probability, get a lot of shots on goal and make them count.

Conversely, Maidstone United will not find it easy scoring- but, we do see them hitting back at some stage.

We’re predicting a fairly comfortable 1-3 margin for Wrexham by the conclusion of the game. 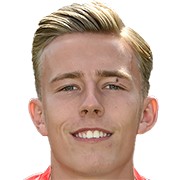 Mostly taking up the Centre Midfield position, Sam Corne was born in England. After having played his first senior match for Welling United in the 2014 - 2015 season, the gifted Midfielder has managed 4 league goals in this National League 2022 - 2023 campaign to date coming from a total of 22 appearances.

We have made these Maidstone United v Wrexham predictions for this match preview with the best intentions, but no profits are guaranteed. Please always gamble responsibly, only with money that you can afford to lose.