Manchester City meet away team Wolves at The Etihad Stadium in this Premier League fixture on Sunday.

Our full set of predictions, statistics and match poll for Manchester City v Wolverhampton Wanderers can be seen below - plus the latest match odds.

Manchester City will be looking for another win after the 4-2 Premier League success against Tottenham Hotspur.

In that game, Manchester City managed 59% possession and 16 attempts on goal with 6 on target. For Manchester City, the goals were scored by Julián Álvarez (51'), Erling Haaland (53') and Riyad Mahrez (63', 90'). For their opponents, Tottenham Hotspur had 9 attempts on goal with 3 on target. Dejan Kulusevski (44') and Emerson Royal (45') scored for Tottenham Hotspur.

Pep Guardiola's Manchester City have netted a sum total of 11 times over their last 6 outings. The tally of goals that they have conceded in those same fixtures stands at 7.

Coming into this meeting, Manchester City have not been beaten in the league by Wolverhampton Wanderers in their previous 5 games.

After tasting defeat last time out to Liverpool in FA Cup competition, Wolves and their travelling fans will hope for a better result here.

The stats tell the story, and Wolves have been scored against in 5 of their last 6 games, seeing their opponents hit 6 goals overall. At the back, Wolverhampton Wanderers seem to have a bit of a soft underbelly.

Leading up to this clash, Wolverhampton Wanderers:

A review of their past head to head meetings going back to 27/12/2019 shows us that Manchester City have won 5 of these & Wolves 1, with the number of draws standing at 0.

Loads of goals were seen in those games, too - 24 in total which averages out at 4 goals per meeting.

The last league encounter between these sides was Premier League match day 8 on 17/09/2022 when it ended Wolverhampton Wanderers 0-3 Manchester City.

In that match, Wolverhampton Wanderers managed 41% possession and 6 attempts on goal with 1 of them on target.

The referee was Anthony Taylor.

The Manchester City boss Pep Guardiola will be grateful not to have any fitness worries whatsoever before this clash with a completely injury-free group available to select from.

It seems to us that Wolverhampton Wanderers could really find it hard to be scoring even one goal against a Manchester City team who should boss this game in attack, midfield and defence.

We think that it’s going to be a very comprehensive 3-0 win for Manchester City at the end of the game. 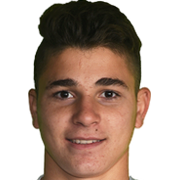 Mostly deployed in the Striker position, Julián Álvarez was born in Calchín, Argentina. After having played his first senior match for River Plate in the 2018 - 2019 season, the gifted Forward has scored 3 league goals in this Premier League 2022 - 2023 season so far in a total of 13 appearances.

We have made these Manchester City v Wolverhampton Wanderers predictions for this match preview with the best intentions, but no profits are guaranteed. Please always gamble responsibly, only with money that you can afford to lose. Good luck if you do place a bet today.