Tochigi S.C. will be taking on away side Matsumoto Yamaga at Tochigi Green Stadium in the J2 League fixture on Sunday.

Our Tochigi S.C. v Matsumoto Yamaga predictions, statistics and match poll can be seen below - as well as up-to-date odds.

Tochigi S.C. will be looking to improve on their last outing here following a 0-1 J2 League loss in their previous game against Tokushima Vortis.

It has been all too rare in recent games that Tochigi S.C. have kept a clean sheet. In fact, Tochigi have been scored against in 5 of their previous 6 matches, letting in 7 goals on the way. We shall soon see if that trend will be sustained into this next match.

The numbers tell their own story, and Matsumoto Yamaga have been scored against in 5 of their last 6 games, seeing their opponents hit 11 goals in all. At the back, Matsumoto have not been doing too well.

Delving into their past head to head results going back to 03/03/2013 reveals that these fixtures have not been fruitful for Tochigi S.C.. They have not managed to come away with any wins whatsoever whereas Matsumoto Yamaga have just been too good for them, getting wins in 83 per cent of those ties.

A combined sum of 13 goals were produced between them in this period, with 4 from Tochigi and 9 created by Matsumoto. The average goals per game has been 2.17.

The previous league contest between these sides was J2 League match day 41 on 11/11/2018 which finished with the scoreline of Tochigi S.C. 0-1 Matsumoto Yamaga.

Tochigi S.C. boss Kazuaki Tasaka will be happy not to have any fitness concerns at all ahead of this match thanks to a completely healthy squad available to select from.

From a largely available group, there is just the lone fitness problem for the Matsumoto Yamaga gaffer Yasuharu Sorimachi to contend with. Hayuma Tanaka (Meniscus Damage) misses out for this game.

We’re of the view that Matsumoto Yamaga must be fancied to get a goal against this Tochigi S.C. outfit, but that probably shouldn’t be enough to avoid a loss.

We’re predicting both teams to score in a 2-1 advantage for Tochigi S.C. when all is said and done. Expecting it to be very competitive.

Both Teams to Score Prediction for Tochigi S.C. vs Matsumoto Yamaga
Yes 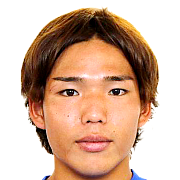 Typically taking up the Striker position, Shota Sakaki was born in Japan. Having made a first senior appearance for Consadole Sapporo in the 2012 season, the skilful Forward has struck 2 league goals in this J2 League 2020 season so far coming from a total of 10 appearances.

While we have made these predictions for Tochigi S.C. v Matsumoto Yamaga for this match preview with the best of intentions, no profits are guaranteed. Always gamble responsibly, and with what you can afford to lose.