Miedź Legnica are going up against visiting side Radomiak Radom at Stadion Miejski w Legnicy in this Ekstraklasa tie on Friday.

Scroll down to see all of the predictions, poll and statistics for Miedź Legnica v Radomiak Radom - as well as up-to-date odds.

Miedź Legnica, buoyed by their previous result, will be hoping for more of the same after a 0-3 Ekstraklasa victory over Górnik Zabrze.

In that game, Miedź Legnica had 30% possession and 9 attempts at goal with 4 on target. For Miedź Legnica, the goalscorers were Luciano Narsingh (34'), Szymon Matuszek (40') and Chuca (72'). At the other end, Górnik Zabrze got 11 shots on goal with 6 on target.

Over their preceding six games, Grzegorz Mokry's Miedź Legnica have found the net 7 times - an average number of goals per match of 1.17.

Following on from being defeated in their last game at the hands of Pogon Szczecin in Ekstraklasa competition, Radomiak Radom and their travelling fans will hope for a better result here.

Looking at their form, and Radomiak Radom have been scored against in 5 of their last 6 games, conceding 8 goals in all. In defence, Radomiak Radom could really do with shoring things up.

The previous league fixture between these clubs was Ekstraklasa match day 1 on 17/07/2022 and the score finished Radomiak Radom 1-1 Miedź Legnica.

In that game, Radomiak Radom had 64% possession and 23 attempts at goal with 2 of them on target. Their only player to score was Dawid Abramowicz (81').

At the other end, Miedź Legnica got 6 attempts on goal with 4 of them on target. Maciej Śliwa (53') was the scorer.

The Miedź Legnica manager Grzegorz Mokry has no fitness worries to speak of coming into this clash with a completely injury-free squad ready to go.

When taking all factors into account, Radomiak Radom and Miedź Legnica should play out a closely-fought contest here.

Let’s see what happens, but it could well be that we end up with scores level. We therefore see a tight encounter with a 1-1 score at the end of the match. 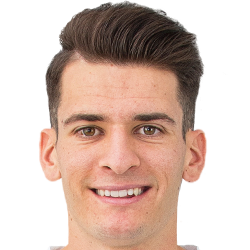 Generally deployed in the Centre Midfield position, Chuca was born in Jacarilla, Spain. Having made his senior debut playing for Villarreal in the 2017 - 2018 season, the goalscoring Midfielder has scored a sum of 3 league goals in the Ekstraklasa 2022 - 2023 campaign to date coming from a total of 14 appearances.

We have made these Miedź Legnica v Radomiak Radom predictions for this match preview with the best intentions, but no profits are guaranteed. Please always gamble responsibly, only with money that you can afford to lose. We wish you the best of luck.