The Championship game at The Den on Friday sees hosts Millwall lock horns with Rotherham United.

Our Millwall v Rotherham United predictions, statistics and match poll can be seen below - along with the latest match odds.

Millwall are hoping to win again after their last result, a 1-0 Championship triumph over Middlesbrough.

In their preceding six fixtures, Gary Rowett's Millwall have netted a combined total of 7 times giving them an average number of goals scored per match of 1.17.

Heading into this fixture, Millwall haven't been beaten in the league by Rotherham United in their last 2 matches.

Rotherham United will go into the match after a 0-2 Championship win over Bristol City in their most recent match.

The stats don’t lie, and Rotherham United have been scored against in 5 of their last 6 matches, seeing opposing sides hit 8 goals in all. At the back, The Millers could really do with shoring things up.

Looking at their past form shows that Rotherham United:

Looking over their past head-to-head clashes going back to 20/01/2007 tells us that Millwall have won 2 of these and Rotherham United 3, with the tally of drawn games standing at 1.

In all, 10 goals were scored between them in these games, with 6 from The Lions and 4 created by The Millers. The average number of goals per game works out to 1.67.

The last league match featuring these clubs was Championship match day 2 on 19/09/2020 when it ended Rotherham United 0-1 Millwall.

In that match, Rotherham United managed 51% possession and 13 attempts at goal with 1 on target.

Millwall got 8 attempts at goal with 2 of them on target. Jed Wallace (50') scored.

There’s just the sole fitness concern for the Millwall manager Gary Rowett to be concerned with thanks to an almost full-strength set of players. Maikel Kieftenbeld (Knock) will miss out.

Thanks to a fully injury-free group to choose from, Rotherham United boss Paul Warne does not have any fitness concerns whatsoever before this game.

Rotherham United are likely to breach the defence of this Millwall lineup, however it probably won’t be as many as they’ll concede.

We’re going for a 2-1 victory for Millwall by the time that the referee blows the final whistle. There looks to be little in this one. 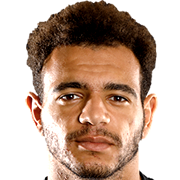 Mostly deployed in the Striker position, Mason Bennett was born in Langwith, England. After having made a senior debut playing for Derby County in the 2011 - 2012 season, the talented Forward has managed to score 5 league goals in the Championship 2020 - 2021 campaign so far from a total of 30 appearances.

While we have made these predictions for Millwall v Rotherham United for this match preview with the best of intentions, no profits are guaranteed. Always gamble responsibly, and with what you can afford to lose.