Molde FK will host visiting opponents Mjøndalen at Aker Stadion in this Eliteserien meeting on Sunday.

View all of the Molde FK v Mjøndalen predictions, poll and stats below (including the best match odds).

Molde FK will be looking to improve on their last outing here after the 2-0 Eliteserien defeat in their last game at the hands of Kristiansund.

Matches involving Molde FK have usually been lively encounters of late with high scoring expected. Over their past six games alone, the sum total of 26 goals have been scored for both teams combined (at an average of 4.33 goals per game) with 11 of those belonging to Molde FK. Nevertheless, time will tell if such a trend will be replicated in this upcoming match or not.

Since being defeated in their last game at the hands of Lillestrøm SK in Eliteserien competition, Mjøndalen and their travelling fans will hope for a better result here.

Mjøndalen have been dangerous up front in their most recent fixtures, having scored 7 times in their previous 6 matches. This doesn’t mask the fact that Mjøndalen have had their own issues at the back, also conceding in 6 of those same matches.

Their prior results show that Mjøndalen:

An examination of past results between these clubs going back to 18/10/2015 shows that these encounters have been miserable for Mjøndalen. They’ve not managed to get any victories at all while Molde FK have managed to find a way, finishing as winners in 83% of those ties.

A combined sum of 16 goals were yielded between them throughout the course of those matches, with 12 of them for Molde and 4 coming from Mjøndalen. The average goals per game has been 2.67.

The last league game between these clubs was Eliteserien match day 6 on 30/05/2021 when the final score was Mjøndalen 0-0 Molde FK.

In that game, Mjøndalen had 37% possession and 10 shots on goal with 0 on target.

On the other side, Molde FK had 12 shots on goal with 2 on target.

The referee was Dag Vidar Hafsås.

The Molde FK boss Erling Moe has no fitness concerns whatsoever ahead of this game owing to a fully healthy group available to choose from.

Thanks to a fully healthy squad available for selection, the Mjøndalen boss Vegard Hansen has zero fitness worries whatsoever coming into this clash.

It seems to us that Mjøndalen will need to play some great football to be scoring even one goal against a Molde FK side who have the capability to do really well if they play to their full potential.

We can see a very comfortable 3-0 margin for Molde FK by the conclusion of the match. 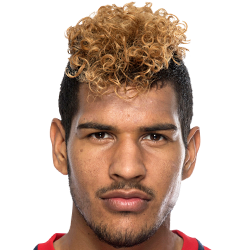 Mostly taking up the Striker position, Ohi Omoijuanfo was born in Oslo, Norway. After making a first senior appearance for Lillestrøm SK in the 2010 season, the talented Forward has managed to score 18 league goals in this Eliteserien 2021 campaign to date from a total of 16 appearances.

While we have made these predictions for Molde FK v Mjøndalen for this match preview with the best of intentions, no profits are guaranteed. Always gamble responsibly, and with what you can afford to lose. Good luck if you do place a bet today.