Full predictions, pre-match stats and user poll for Sheffield Wednesday v MK Dons are shown on this page - plus the latest betting odds.

Sheffield Wednesday, who won their previous game, will hope for a similar result following a 2-3 League One success versus Accrington Stanley.

Sheffield Wednesday haven’t been able to stop scoring goals, finding the back of the net in each and every one of their last 6 games.

They’ve totted up the amount of 14 during that period and have conceded a total of 6. We will see whether or not that trend will end up being sustained here.

Their past results show that Sheffield Wednesday:

MK Dons go into this meeting following on from a 1-0 League One win in the defeat of Burton Albion in their last fixture.

The only scorer from MK Dons was Max Watters (65').

Indicating their fondness for action-packed matches, we’ve seen goals 23 times in the prior six games in which MK Dons have played, giving an average of 3.83 goals for each meeting. Opposing teams have managed 10 of this grand total.

A look at their previous results shows us that MK Dons:

A look at their past head to head clashes stretching back to 10/09/2011 shows that Sheffield Wednesday have won 1 of these & MK Dons 2, with the number of drawn results standing at 3.

11 goals were shared by the two clubs in this period, with 5 of them for The Owls and 6 netted by The Dons. The average goals per game has been 1.83.

The last league clash between the two was Championship match day 43 on 19/04/2016 when the final score was Sheffield Wednesday 0-0 MK Dons.

That day, Sheffield Wednesday managed 56% possession and 20 shots on goal with 4 on target.

At the other end, MK Dons got 6 shots at goal with 3 on target.

The referee was Peter Bankes.

The Sheffield Wednesday boss Darren Moore has zero fitness worries at all before this game with a completely healthy group to pick from.

With a completely injury-free squad available to choose from, the MK Dons manager Liam Manning has zero fitness concerns to speak of before this match.

We’re of the view that MK Dons and Sheffield Wednesday are both capable of scoring here.

A close call, and we think a draw is quite likely. With that in mind, we reckon that it will be a very close game with a 1-1 draw at the end of this one. 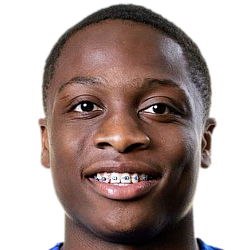 Generally taking to the field in the Centre Midfield position, Dennis Adeniran was born in London, England. Having made his senior debut playing for Fulham in the 2016 - 2017 season, the talented Midfielder has managed to score 3 league goals in this League One 2021 - 2022 season to date in a total of 15 appearances.

While we have made these predictions for Sheffield Wednesday v MK Dons for this match preview with the best of intentions, no profits are guaranteed. Always gamble responsibly, and with what you can afford to lose.