Pardubice make the trip to Lokotrans Aréna on Saturday for the First League meeting with home side Mladá Boleslav.

To see all of our predictions, user poll & stats for Mladá Boleslav v Pardubice, scroll down (inc. the best betting odds).

Mladá Boleslav will be looking to improve on their last outing here after the 1-0 First League loss in their previous game against Slavia Prague.

Jozef Weber's Mladá Boleslav have netted 6 times in their prior six outings. The corresponding number of goals that have been scored against them in those games stands at 8.

Pardubice will go into the encounter following a 1-0 First League win against Slezský FC Opava in their most recent fixture.

The only name on the scoresheet from Pardubice was Emil Tischler (67').

Jaroslav Novotný's Pardubice have fired home a total of 8 times throughout their most recent six matches. The total of goals that have been scored against them during those same clashes comes to 5.

Regarding absentees, there’s just a single fitness concern for the Mladá Boleslav gaffer Jozef Weber to contend with thanks to an otherwise robust group. Marek Matejovsky (Achilles tendon surgery) will miss out.

Out of a mainly available group of players, there’s only the lone fitness worry for the Pardubice gaffer Jaroslav Novotný to contend with. Stepan Hrncir (Knee Injury) misses out for this game.

In this match, Mladá Boleslav will, in all likelihood, be able to create a decent number of chances and shots on target.

Conversely, Pardubice may well struggle finding the net themselves but do we see them scoring here as well.

Therefore, we are anticipating a comfortable 3-1 win for Mladá Boleslav when all’s said and done. 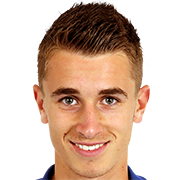 Normally played in the Central Attacking Midfielder position, Dominik Mašek was born in Pribram, Czech Republic. After having played his first senior match for FK Příbram in the 2010 - 2011 season, the gifted Midfielder has hit 2 league goals in this First League 2020 - 2021 season to date in a total of 7 appearances.

While we have made these predictions for Mladá Boleslav v Pardubice for this match preview with the best of intentions, no profits are guaranteed. Always gamble responsibly, and with what you can afford to lose. Good luck if you do place a bet today.