Partick Thistle will be the visitors at Links Park Stadium on Tuesday for the League One showdown with home team Montrose.

All Montrose v Partick Thistle game predictions, stats and user poll are shown below - along with the latest match odds.

Montrose are hoping to win again after their last result, the 1-2 League One victory against Falkirk.

For Montrose, the goalscorers were Cammy Ballantyne (45') and Lewis Milne (62'). Conor Sammon (5') was the scorer for Falkirk.

It’s been a rare occasion in recent games where Montrose haven’t conceded. The reality is that The Gable Endies have failed to prevent opponents from scoring in 5 of their previous 6 clashes, leaking 13 goals along the way. Such a trend isn’t assured to be continued into this match, though.

Partick Thistle will go into the clash following on from a 5-0 League One win against Falkirk in their most recent outing.

In their previous 6 outings, Partick Thistle have amassed a total of 17 goals. The Jags have additionally got on the scoresheet on each one of those occasions. In that time, they have seen 2 goals scored by their opponents.

Coming into this contest, Partick Thistle are unbeaten in their last 8 away league matches. They've been so good on the road.

Looking over past results between these clubs going back to 23/11/1991 shows that these encounters have been a source of anguish for Montrose. They have not managed to get themselves any victories at all whereas Partick Thistle have remained in the ascendancy, winning in 100 per cent of those ties.

14 goals were yielded between them in these games, with 0 of them for The Gable Endies and 14 netted by The Jags. That’s an average goals per game figure of 2.33.

The previous league clash featuring these sides was League One match day 17 on 15/04/2021 when it finished Partick Thistle 5-0 Montrose.

Montrose boss Stewart Petrie has zero fitness concerns to speak of ahead of this match owing to a fully healthy group ready to go.

Owing to a completely healthy squad to choose from, Partick Thistle manager Ian McCall does not have any fitness worries to report ahead of this match.

We feel that over the course of the game, Montrose may find it difficult to register a score against this Partick Thistle outfit who should end up scoring and possibly keep a clean sheet as well.

We’re therefore expecting a 0-1 win for Partick Thistle when the full-time whistle blows. 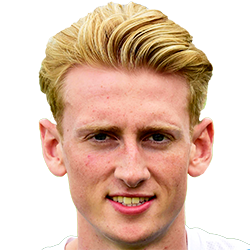 Generally deployed in the Striker position, Russell McLean was born in Stenhousemuir, Scotland. After making a first senior appearance for Peterhead in the 2017 - 2018 season, the skilful Forward has managed to score 6 league goals in the League One 2020 - 2021 season to date from a total of 16 appearances.

We have made these Montrose v Partick Thistle predictions for this match preview with the best intentions, but no profits are guaranteed. Please always gamble responsibly, only with money that you can afford to lose. We wish you the best of luck.