Monza host visiting side Sassuolo at The U-Power Stadium in this Serie A meeting on Sunday.

Monza will be hoping to return to winning ways here after a 2-1 Coppa Italia loss in their previous game against Juventus.

In that game, Monza had 61% possession and 9 shots at goal with 3 of them on target. The scorer for Monza was Mattia Valoti (24'). For their opponents, Juventus got 11 attempts on goal with 6 on target. Moise Kean (8') and Federico Chiesa (78') scored for Juventus.

It has been a rare occasion in recent games that Monza have kept a clean sheet. The facts show that Monza have seen their defence breached in 5 of their previous 6 games, letting in 8 goals on the way.

Ahead of this meeting, Monza have not been beaten in their last 3 league matches at home.

Since a loss in their previous game against Lazio in Serie A competition, Sassuolo and their travelling supporters will be hoping that they can get a better result in this one.

In that game, Sassuolo managed 50% possession and 12 attempts at goal with 2 on target. For their opponents, Lazio had 12 attempts on goal with 3 of them on target. Mattia Zaccagni (45') and Felipe Anderson (94') scored for Lazio.

The strike force from Sassuolo have suffered from a lack of goals in their past six encounters, contributing the poor return of just 3. In those matches, Sassuolo have also seen the overall goal aggregate of their opponents equal 11. We will see whether or not that trend will end up being sustained here.

Coming into this contest, Sassuolo are without a win away from home in their last 5 matches in the league.

Sassuolo boss Alessio Dionisi has multiple availability issues to deal with. Andrea Pinamonti (Muscular problems) and Andrea Consigli (Knee Problems) are names that won’t be on the team sheet.

When taking all factors into account, Sassuolo will likely be able to find the net against this Monza lineup, but that probably shouldn’t be enough to avoid a loss.

Our tip is for both teams to score in a 2-1 win for Monza by the time that the referee blows the final whistle. Let’s wait and see how it plays out. 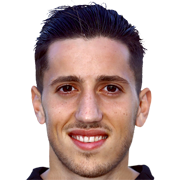 Customarily playing in the Striker position, Patrick Ciurria was born in Sassuolo, Italy. Having made his senior debut playing for Spezia in the 2013 - 2014 season, the gifted Forward has accumulated 2 league goals in this Serie A 2022 - 2023 campaign so far in a total of 16 appearances.

We have made these Monza v Sassuolo predictions for this match preview with the best intentions, but no profits are guaranteed. Please always gamble responsibly, only with money that you can afford to lose. Good luck if you do place a bet today.