View all of the Duisburg v Mannheim predictions, poll and stats below - plus the latest betting odds.

Duisburg will be hoping to return to winning ways here after a 3-2 3rd Liga defeat last time out to 1860 Munich.

It has been a rare occasion in recent times where Duisburg haven’t conceded. The facts show that Duisburg have been scored against in 5 of their previous 6 matches, letting in 10 goals on the way.

In their last fixture, Mannheim drew 3-3 in the 3rd Liga tie with Osnabruck.

Over the course of their last six clashes, Mannheim have helped themselves to a total of 9 goals. Mannheim have also not failed to score on each one of those occasions. Over that period, they have had 10 goals scored by their opponents. We will find out if that trend can be continued on here.

Looking at their past form shows that Mannheim:

Looking at their prior head-to-head meetings stretching back to 17/11/2002 shows that Duisburg have won 1 of these and Mannheim 2, with the number of draws being 3.

A sum of 21 goals were scored between the two sides throughout the course of those matches, with 10 of them from Duisburg and 11 created by Mannheim. This gives an average number of goals per game equal to 3.5.

The previous league contest between these clubs was 3rd Liga match day 31 on 10/04/2021 when it ended Duisburg 1-1 Mannheim.

The Duisburg boss Hagen Schmidt does not have any fitness concerns at all ahead of this game thanks to a completely healthy group available to select from.

Owing to a completely injury-free group available for selection, the Mannheim manager Patrick Glöckner doesn’t have any fitness concerns to speak of ahead of this match.

Here is a game where Duisburg might well have a job on their hands to be putting a goal past this Mannheim side who will likely manage to get a goal of their own in a winning performance.

We’re therefore expecting a hard-fought contest, finishing with a 0-1 win for Mannheim at the end of this one. 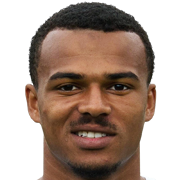 Mostly used in the Right Attacking Midfielder position, Marvin Ajani was born in Nigeria. Having played his first senior match for Alemannia Aachen in the 2012 - 2013 season, the skilful Midfielder has hit 2 league goals in the 3. Liga 2021 - 2022 campaign to date from a total of 13 appearances.

While we have made these predictions for Duisburg v Mannheim for this match preview with the best of intentions, no profits are guaranteed. Always gamble responsibly, and with what you can afford to lose. Good luck if you do place a bet today.