Racing Club will want to continue from where they left off last time out with the 3-4 Copa de la Superliga victory against Aldosivi.

Racing Club haven’t had any problems with scoring, netting in each and every one of their last 6 matches.

They’ve totted up the amount of 11 during that time while also conceding a total of 6. We shall soon see if that trend can be continued on into this next match.

Nacional de Football will go into this clash following on from a 2-0 Primera División (Apertura) win vs Danubio in their last match.

A sequence of very capable performances from the Nacional de Football defence has resulted in their ‘goals against’ tally standing at 4 from their previous 6 clashes in total. During the same period, their forwards have scored 12.

Racing Club manager Sebastián Beccacece will be grateful not to have any fitness concerns at all before this game with a fully healthy squad ready to go.

Due to a fully healthy group available to select from, Nacional de Football boss Gustavo Munúa does not have any fitness concerns to speak of ahead of this clash.

It looks to us that Racing Club can get the goals that they need when they face Nacional de Football, who will not find it easy getting goals.

Therefore, we are anticipating a decent 2-0 winning score for Racing Club when all’s said and done. 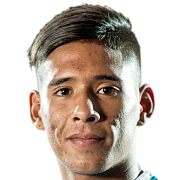 Generally deployed in the Right Attacking Midfielder position, Matías Zaracho was born in Wilde, Argentina. Having made a first senior appearance for Racing Club in the 2016 - 2017 season, the dangerous Midfielder has managed to score 4 league goals in the Superliga 2019 - 2020 campaign so far from a total of 19 appearances.

We have made these Racing Club v Nacional de Football predictions for this match preview with the best intentions, but no profits are guaranteed. Please always gamble responsibly, only with money that you can afford to lose. We wish you the best of luck.