Puebla will arrive at Estadio Victoria on Saturday for the Liga MX (Apertura) meeting with home team Necaxa.

Our full set of predictions, statistics and match poll for Necaxa v Puebla can be seen below - along with the latest match odds.

Necaxa have really been misfiring of late. Their goals record equals just 4 versus opposing sides over their previous 6 fixtures. In those meetings, Necaxa have also seen the tally of goals against them come to 9.

Heading into this fixture, Necaxa have not emerged victorious against Puebla in their last 2 matches in the league.

After suffering a loss in their previous game against Pachuca in Liga MX (Apertura) competition, Puebla will be aiming to make amends here.

In that match, Puebla had 56% possession and 18 attempts on goal with 5 on target. The only player to score for Puebla was Diego de Buen (23'). Pachuca got 8 attempts at goal with 2 of them on target. Luis Chávez (37') and Erick Sánchez (58') scored for Pachuca.

In their previous half-dozen clashes, Puebla have amassed the sum of 7 goals. Puebla have also scored on each one of those occasions. In that time, their defenders have seen 6 goals go into their own net. We will have to see whether or not that trend can be continued on here.

Going into this contest, Puebla have not been beaten in their last 2 away league matches.

An examination of their past head to head meetings going back to 19/08/2018 tells us that Necaxa have won 2 of them and Puebla 3, with the number of draws standing at 1.

A sum of 16 goals were scored between them during those clashes, with 8 from Lightning Bolts and 8 netted by Los Camoteros. This gives an average number of goals per game equal to 2.67.

The last league clash featuring these sides was Liga MX (Clausura) match day 8 on 27/02/2021 and the score finished Puebla 1-0 Necaxa.

On that occasion, Puebla managed 53% possession and 17 shots at goal with 9 on target. Their only player to score was Emanuel Gularte (54').

Necaxa had 9 attempts at goal with 3 on target.

The Necaxa boss Pablo Guede doesn’t have any fitness concerns whatsoever coming into this match thanks to a fully injury-free group available for selection.

Thanks to a fully injury-free squad to pick from, the Puebla manager Nicolás Larcamón has no fitness concerns whatsoever before this game.

We’ve got the feeling that Puebla are dangerous enough to find the back of the net against this Necaxa outfit, although it probably won’t be enough to prevent defeat.

We think that it’s going to be a close game with a 2-1 victory for Necaxa when all is said and done. Looking forward to this. 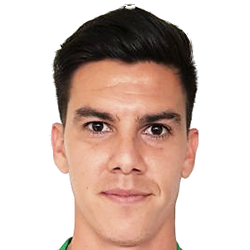 Mostly taking to the field in the position, Luis Arcadio García Bañuelos was born in Mazatlán, Mexico. After having made a senior debut playing for Necaxa in the 2021 - 2022 season, the goalscoring Forward has scored 3 league goals in this Liga MX (Apertura) 2021 - 2022 season so far coming from a total of 8 appearances.

While we have made these predictions for Necaxa v Puebla for this match preview with the best of intentions, no profits are guaranteed. Always gamble responsibly, and with what you can afford to lose. Good luck with your selections.