Neuchatel Xamax FC will be the visitors at Stade de Genève on Sunday for the Super League tie with home side Servette FC.

For all of our match predictions, pre-game poll and statistics for Servette FC v Neuchatel Xamax FC, scroll down (plus the best game odds).

Servette FC will be hoping for a better result after the 5-1 Super League defeat in their last game at the hands of FC Thun.

It’s been all too rare in recent games where Servette FC haven’t conceded. In fact, Les Grenats have seen their defence breached in 5 of their previous 6 games, leaking 14 goals in the process. Let’s see whether or not that trend will end up being continued on in this game.

A look at their previous results shows us that Servette FC:

Since being beaten in their last game against BSC Young Boys in Super League action, Neuchatel Xamax FC and their fans will hope to get a better result this time.

Looking at their form, and Neuchatel Xamax FC have been scored against in 5 of their last 6 games, letting opponents get 8 goals overall. At the back, Xamax can certainly do much better.

Ahead of this clash, Neuchatel Xamax FC have not won against Servette FC in away games against them for the last 2 league matches.

Checking on their most recent head-to-head clashes dating back to 07/11/2004 shows us that Servette FC have won 2 of them and Neuchatel Xamax FC 1, with the number of drawn games being 3.

A total of 17 goals were scored between the two sides in this period, with 9 for Les Grenats and 8 created by Xamax. The average number of goals per game works out to 2.83.

The last league fixture featuring these sides was Super League match day 19 on 25/01/2020 when the final score was Neuchatel Xamax FC 1-2 Servette FC.

Due to a completely injury-free group to pick from, Neuchatel Xamax FC manager Stéphane Henchoz does not have any fitness concerns to speak of before this clash.

We’re inclined to think that Neuchatel Xamax FC are capable enough to break down this Servette FC side, however it probably won’t be as many as they’ll concede.

We think that it’s going to be a very close game with a 2-1 victory for Servette FC by the time that the referee blows the final whistle. 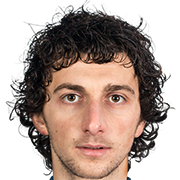 Mostly deployed in the Right Attacking Midfielder position, Miroslav Stevanović was born in Zvornik, Bosnia and Herzegovina. Having made his senior debut playing for Palić in the 2009 - 2010 season, the gifted Midfielder has scored a sum of 6 league goals in this Super League 2019 - 2020 season to date in a total of 30 appearances.

While we have made these predictions for Servette FC v Neuchatel Xamax FC for this match preview with the best of intentions, no profits are guaranteed. Always gamble responsibly, and with what you can afford to lose. Best of luck.