Newcastle United journey to London Stadium on Saturday for the Premier League showdown with home side West Ham United.

View all West Ham United v Newcastle United tips, stats and our pre-match poll below - plus the latest betting odds.

West Ham United will play in this match following a 1-1 Premier League draw versus Aston Villa.

It has been all too rare in recent games that West Ham United haven’t conceded. The reality is that The Hammers have seen their defence breached in 5 of their previous 6 games, giving up 6 goals on the way. That trend might not be carried forward into this game, of course.

Since being beaten in their last game against Liverpool in Premier League competition, Newcastle United and their travelling fans will hope for a better result here.

The numbers tell their own story, and Newcastle United have been scored against in 5 of their last 6 matches, conceding 15 goals in total. Defensively, The Magpies have some weaknesses to address.

An examination of their most recent head to head meetings dating back to 26/08/2017 shows us that West Ham United have won 2 of these games and Newcastle United 3, with the number of drawn games being 1.

The previous league match between these clubs was Premier League match day 33 on 05/07/2020 and the score finished Newcastle United 2-2 West Ham United.

In that game, Newcastle United had 57% possession and 11 attempts at goal with 4 on target. The scorers were Miguel Almirón (17') and Jonjo Shelvey (67').

The referee was Craig Pawson.

West Ham United boss David Moyes has no fitness worries at all coming into this game thanks to a fully injury-free squad ready to go.

We’re thinking that Newcastle United may find it difficult to put one past this West Ham United side who we reckon will just have the edge.

We’re going for a 1-0 winning margin for West Ham United at the end of this game. 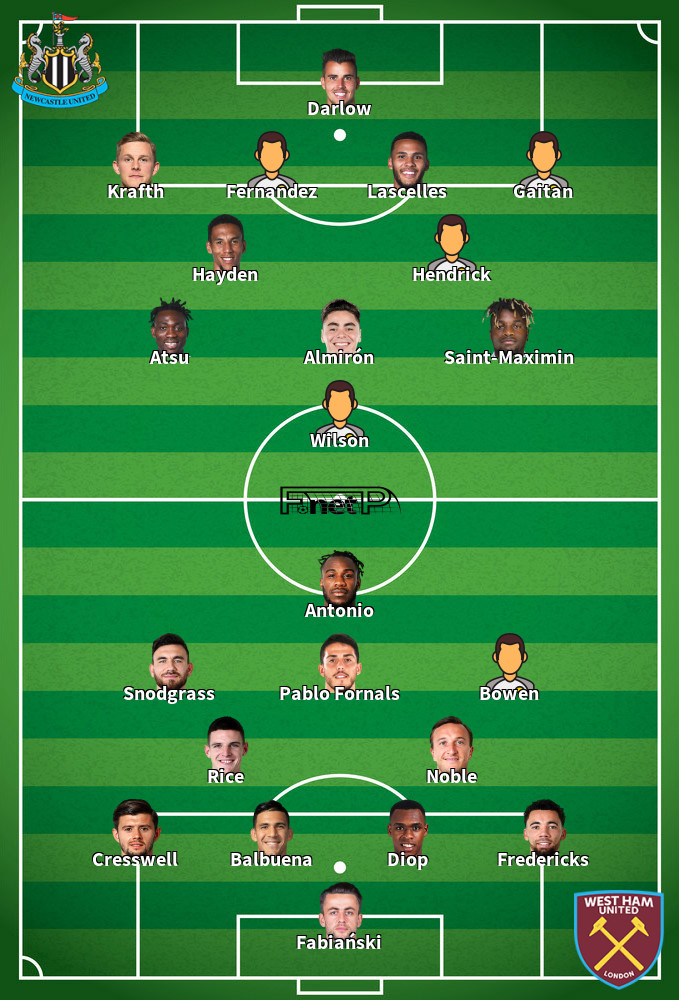