Nice will be the visitors at Stadium de Toulouse on Sunday for the Ligue 1 showdown with home team Toulouse.

For all of our match predictions, pre-game poll and statistics for Toulouse v Nice, scroll down - as well as up-to-date odds.

Toulouse will be hoping for a repeat of their last result, following the 1-0 Ligue 1 victory against Nice.

In that match, Toulouse managed 50% possession and 6 attempts at goal with 4 of them on target. The only player on the scoresheet for Toulouse was Thijs Dallinga (20'). Nice had 8 attempts on goal with 2 on target.

Under three goals per game were recorded in 5 of the past 6 fixtures where Toulouse have taken part. Regarding the goal weighting from that period, their opponents scored a total of 4 while Toulouse got themselves 7.

Lucien Favre's Nice have turned their attacks into goals a total of 10 times in the course of their most recent six matches. The aggregate of goals that have been scored against them during those same clashes equals 8.

If we look at their past head to head meetings dating back to 03/02/2018, both clubs have shared the honours with Toulouse winning 2 of those games, Nice 2 and 2 being drawn in regulation time.

A total of 15 goals were yielded between them in this period, with 7 from Toulouse and 8 coming from Les Aiglons. The average number of goals per game works out to 2.5.

The last league game between these clubs was Ligue 1 match day 25 on 15/02/2020 which finished with the scoreline of Toulouse 0-2 Nice.

That time, Toulouse had 37% possession and 19 shots at goal with 5 of them on target.

The Toulouse boss Philippe Montanier will be happy not to have any fitness concerns whatsoever ahead of this game with a completely healthy group to pick from.

Due to a completely healthy squad to pick from, the Nice manager Lucien Favre doesn’t have any fitness concerns to report before this game.

Our assessment is that Nice and Toulouse may well both score, with little between these two teams.

Little in this one, and it’s almost too close to call. We’re therefore expecting a close game with a 1-1 draw when all is said and done. 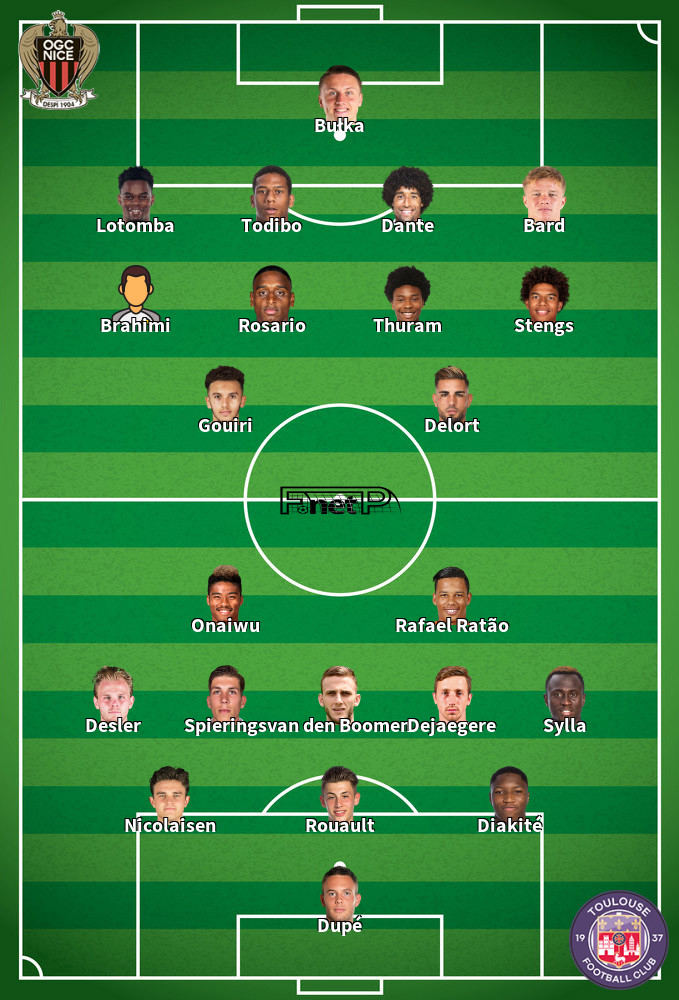 We have made these Toulouse v Nice predictions for this match preview with the best intentions, but no profits are guaranteed. Please always gamble responsibly, only with money that you can afford to lose. Best of luck.