Our Nîmes v Quevilly-Rouen predictions, statistics and match poll can be seen below (including the best match odds).

Nîmes will be looking for another win after a 0-1 Ligue 2 success vs Sochaux.

The only scorer from Nîmes was Yassine Benrahou (77').

It has not been often in recent times where Nîmes have managed to hold out for a full 90 minutes. The facts show that Nîmes have seen their defence breached in 5 of their previous 6 clashes, leaking 10 goals during that time.

Previously, Quevilly-Rouen drew 0-0 in the Ligue 2 tie with Toulouse.

The forward players for Quevilly-Rouen have made hard work of scoring goals in their past 6 encounters, contributing the unsatisfactory return of only 4. In those fixtures, Les sangs et or have also seen the collective goal tally of their opponents equal 9. That sort of pattern might not be carried forward into this next game, of course.

Coming into this meeting, Quevilly-Rouen have not won away from home in their last 2 league games.

On that day, Quevilly-Rouen had 54% possession and 14 shots at goal with 5 of them on target. Their only player to score was Louis (92').

The Nîmes boss Pascal Plancque has no fitness concerns at all ahead of this game owing to a completely healthy group to pick from.

Due to a completely healthy group to pick from, the Quevilly-Rouen manager Bruno Irles has zero fitness worries at all before this clash.

We think that Quevilly-Rouen could well find it tough to score goals against this Nîmes outfit who will likely win and very possibly keep a clean sheet.

Therefore, we predict a good battle with a 1-0 winning margin for Nîmes when the full-time whistle blows. 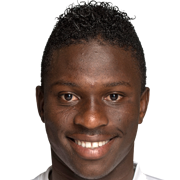 Regularly taking up the Striker position, Moussa Koné was born in Dakar, Senegal. After making a first senior appearance for FC Zürich in the 2015 - 2016 season, the gifted Forward has got 4 league goals in this Ligue 2 2021 - 2022 season to date coming from a total of 8 appearances.

We have made these Nîmes v Quevilly-Rouen predictions for this match preview with the best intentions, but no profits are guaranteed. Please always gamble responsibly, only with money that you can afford to lose.