Trelleborgs FF will be visiting Borås Arena on Saturday for the Superettan fixture with home side Norrby IF.

All Norrby IF v Trelleborgs FF match predictions, user poll and stats are shown below (inc. the best betting odds).

Norrby IF will be hoping to bounce back here after the 5-2 Superettan loss in their previous game against IF Brommapojkarna.

Norrby IF haven’t been able to stop scoring goals, hitting the target in one hundred percent of their last 6 matches.

They have hit an aggregate of 8 during that time while also conceding a total of 10. It will be interesting to find out whether or not that trend can be sustained into this next match.

Going into this game, the form guide shows that Norrby IF:

Trelleborgs FF go into this game following a 2-1 Superettan win to beat Skövde AIK in their previous outing.

The numbers tell their own story, and Trelleborgs FF have been scored against in 6 of their last 6 matches, conceding 7 goals overall. Defensively, Trelleborgs FF just haven’t been too solid at all.

Looking over their most recent head-to-head clashes dating back to 20/10/2019 shows that Norrby IF have won 1 of these & Trelleborgs FF 3, with the tally of drawn results being 2.

A sum of 20 goals were shared by the two clubs throughout the course of those matches, with 10 from Norrby and 10 netted by Trelleborg. The average number of goals per game works out to 3.33.

The previous league clash between these clubs was Superettan match day 12 on 04/07/2022 which finished with the scoreline of Trelleborgs FF 2-1 Norrby IF.

On that occasion, Trelleborgs FF had 45% possession and 6 attempts at goal with 2 of them on target. The goalscorers were Henry Offia (21') and Haris Brkic (23').

For their opponents, Norrby IF got 8 shots at goal with 3 of them on target. Anton Wede (81') was the scorer.

The match was refereed by Farouk Nehdi.

The Norrby IF boss Mak Lind will be grateful to have no fitness worries to speak of coming into this match owing to a fully injury-free group ready to go.

Trelleborgs FF manager Kristian Haynes has to contend with a number of unavailable players. Anton Tideman (Unknown Injury) and Petar Petrovic (Cruciate Ligament Injury) are those who can’t be considered.

We’re thinking that Trelleborgs FF will likely be able to breach the defence of this Norrby IF outfit, however that might not quite be as many as they will have scored against them.

We’re tipping both teams to score in a 2-1 victory for Norrby IF by the conclusion of the game. Should be a good one. 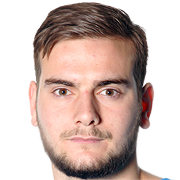 Mostly playing in the Striker position, Perparim Beqaj was born in Sweden. Having made his senior debut playing for Halmstads BK in the 2014 season, the skilful Forward has accumulated 2 league goals in this Superettan 2022 season to date from a total of 15 appearances.

While we have made these predictions for Norrby IF v Trelleborgs FF for this match preview with the best of intentions, no profits are guaranteed. Always gamble responsibly, and with what you can afford to lose. Best of luck.