Scroll down for all of our predictions, poll and stats for the Solihull Moors v Notts County game (inc. the best betting odds).

Solihull Moors will be looking for a repeat result of the 0-3 National League victory vs Dorking Wanderers.

Three or more goals per game were recorded in 6 of the last 6 meetings where Solihull Moors have taken part. Opposing sides scored 13 of them in these games whereas Solihull Moors amassed a tally of 7.

Looking at their past form shows that Solihull Moors:

Notts County come into this clash after a 1-0 National League win to defeat Halifax in their most recent fixture.

The only player to score from Notts County was Macauley Langstaff (38').

Over the course of their last six clashes, Notts County have amassed a total of 13 goals. Notts County have also not failed to score in every single one of those games. During those fixtures, their defenders have had 4 goals scored by their opponents. Historical results aside, we must now wait to see whether the trend might be replicated here in this match.

An examination of their past head-to-head clashes dating back to 28/12/2019 shows us that Solihull Moors have won 1 of them and Notts County 4, with the tally of drawn results standing at 1.

A total of 15 goals were produced between them in these games, with 5 of them for The Moors and 10 belonging to The Magpies. That’s an average goals per game of 2.5.

The last league match between these clubs was National League match day 6 on 29/08/2022 when it finished Notts County 1-0 Solihull Moors.

The Solihull Moors manager Neal Ardley has a full complement, with no fitness worries at all before this game with a completely healthy squad available to choose from.

Owing to a fully injury-free group to pick from, the Notts County boss Luke Williams doesn’t have any fitness concerns to speak of ahead of this clash.

We believe that Notts County will most probably be able to create a good number of chances & successful shots on target.

At the other end, Solihull Moors may well find it hard to find success in front of goal but we do think that it’s more than likely that they will be converting at least once here, too.

We can therefore see a fairly comfortable 1-3 winning margin for Notts County when the full-time whistle blows. 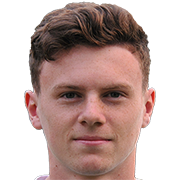 Generally taking to the field in the Striker position, Josh Kelly was born in England. Having made a first senior appearance for Solihull Moors in the 2022 - 2023 season, the dangerous Forward has bagged 5 league goals in the National League 2022 - 2023 campaign so far in 25 appearances.

We have made these Solihull Moors v Notts County predictions for this match preview with the best intentions, but no profits are guaranteed. Please always gamble responsibly, only with money that you can afford to lose. Best of luck with your selections.