The Super League meeting at Georgios Karaiskakis Stadium on Sunday will see home side Olympiacos go up against OFI Crete.

Olympiacos go into this game following on from a 1-1 Super League stalemate vs Atromitos.

Their latest results shine a light on the fact that things are going according to plan in the Olympiacos backline. Olympiacos have been miserly, resulting in the tally of goals that have gone in at their end during their last 6 matches standing at 3. It will be interesting to see whether or not that trend will be continued on in this game.

Analysis of their past results shows that Olympiacos:

OFI Crete come into this match following on from a 1-0 Super League win to defeat Asteras Tripolis in their previous game.

In that game, OFI Crete managed 70% possession and 9 attempts on goal with 2 of them on target. The scorer for OFI Crete was Luis Perea (88'). On the other side, Asteras Tripolis got 6 attempts at goal with 1 on target.

A tendency of at least one side getting a clean sheet in games featuring OFI Crete has become noticeable in recent matches. Looking at their last six meetings reveals that it has happened 5 times. In these clashes, opposing sides have managed a goal total of 2 and OFI Crete have scored 6.

Going into this one, OFI Crete are undefeated in their previous 3 away league matches.

An examination of their past head to head meetings going back to 15/07/2020 reveals that these fixtures have not been fruitful for OFI Crete. They have not been able to get themselves any victories at all while Olympiacos have simply been better than them, winning in 100% of those ties.

A combined total of 18 goals were scored between them throughout the course of those matches, with 15 for Τhrylos and 3 belonging to Omilos. The average goals per game has been 3.

The last league match featuring these clubs was Super League match day 7 on 09/10/2022 when it finished OFI Crete 1-2 Olympiacos.

That day, OFI Crete managed 39% possession and 9 attempts at goal with 3 on target.

The referee was Aristotelis Diamantopoulos.

The Olympiacos boss Míchel González will be thankful to have no fitness worries at all ahead of this clash with a completely injury-free group available to choose from. Suspended players who are serving a ban for this game are Andreas Ndoj and Oleg Reabciuk.

Owing to an otherwise available squad, there is only the one fitness issue for the OFI Crete gaffer Valdas Dambrauskas to contend with. Frixos Grivas (Cruciate Ligament Rupture) misses out for this game. Players who are serving a ban and are therefore ineligible to play are Miguel Mellado, Juan Neira and Nouha Dicko.

We feel that in this game, Olympiacos will probably be able to score a couple against OFI Crete, who could well find it tough to find the back of the net.

We’re therefore anticipating a controlled 2-0 victory for Olympiacos at the end of the match. 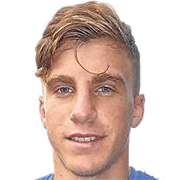 Typically playing in the Central Attacking Midfielder position, Pep Biel was born in Sant Joan, Spain. Having played his first senior match for Real Zaragoza in the 2017 - 2018 season, the accomplished Midfielder has managed 5 league goals in this Super League 2022 - 2023 season to date in a total of 15 appearances.

We have made these Olympiacos v OFI Crete predictions for this match preview with the best intentions, but no profits are guaranteed. Please always gamble responsibly, only with money that you can afford to lose.