The Super League match at Panetolikos Stadium on Saturday will see home side Panetolikos take to the field against Olympiacos.

Scroll down to see all of the predictions, poll and statistics for Panetolikos v Olympiacos (plus the best game odds).

Panetolikos will be wanting a better result here following a 1-0 Super League defeat in their last game at the hands of AEK Athens.

In that game, Panetolikos had 39% possession and 2 attempts at goal with 1 on target. On the other side, AEK Athens had 11 attempts on goal with 6 on target. Kostas Galanopoulos (41') was the scorer for AEK Athens.

It’s not been often in recent games where Panetolikos have kept a clean sheet. The reality is that The Canaries have been scored against in 5 of their previous 6 matches, leaking 6 goals on the way. That being said, we’ll just have to find out if that trend will be maintained in this match or not.

Olympiacos will come into the match following on from a 0-4 Super League win with the downing of Asteras Tripolis in their last fixture.

Illustrating their fondness for action-packed encounters, we’ve seen goals 23 times in the prior six matches in which Olympiacos have played, giving an average of 3.83 goals per fixture. Their opponents have managed 4 of these goals.

Coming into this contest, Olympiacos are undefeated in their previous 29 away league matches. It's hard to ask more than that.

Delving into past results between these clubs stretching back to 29/04/2018 reveals that these fixtures have been disappointments for Panetolikos. They have not been able to get themselves any victories at all whereas Olympiacos have maintained the edge over them, running out winners in 100% of those games where they have faced each other.

An aggregate of 19 goals were yielded between them throughout the course of those matches, with 1 of them for The Canaries and 18 being from Τhrylos. This gives an average number of goals per game equal to 3.17.

The previous league encounter between these sides was Super League match day 3 on 26/09/2020 when the final score was Olympiacos 2-0 Panetolikos.

Panetolikos had 3 shots at goal with 2 on target.

The referee was Anastasios Sidiropoulos.

Panetolikos manager Traianos Dellas has no fitness worries to speak of ahead of this match with a fully healthy group ready to go.

Due to a fully healthy group available to choose from, Olympiacos manager Pedro Martins doesn’t have any fitness concerns to speak of before this clash.

Our thinking is that Olympiacos have it within them to see a lot of the ball and convert quite a few goal-scoring opportunities.

However, Panetolikos may well struggle scoring goals, although we do see them converting at least once.

Therefore, we are anticipating a 1-3 winning score for Olympiacos when the full-time whistle blows. 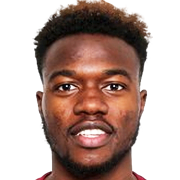 Typically deployed in the Left Wing position, Gboly Ariyibi was born in West Virginia, USA. After having played his first senior match for Leeds United in the 2013 - 2014 season, the gifted Forward has scored a sum of 2 league goals in this Super League 2020 - 2021 campaign to date in a total of 13 appearances.

We have made these Panetolikos v Olympiacos predictions for this match preview with the best intentions, but no profits are guaranteed. Please always gamble responsibly, only with money that you can afford to lose. Good luck!