Pachuca meet away side Toluca at Estadio Hidalgo in this Liga MX (Apertura) fixture on Tuesday.

Scroll down for all of our predictions, poll and stats for the Pachuca v Toluca game including the latest game odds.

Pachuca head into this match coming off the back of a 1-1 Liga MX (Apertura) stalemate against Cruz Azul.

Paulo Pezzolano's Pachuca have celebrated scoring 9 times over their preceding six outings. At the other end, the tally of goals that have been scored against them in those same fixtures is 7.

Ahead of this meeting, Pachuca have not lost a league tie with Toluca in their previous 2 games.

Toluca will go into this encounter following on from a 2-1 Liga MX (Apertura) win over Universidad Nacional in their most recent outing.

Hernán Cristante's Toluca have managed to stick the ball in the net 9 times throughout their latest 6 matches. The total of goals that have been scored against them during those same clashes adds up to 8.

Leading up to this clash, Toluca:

An examination of their past head-to-head meetings stretching back to 04/03/2018 tells us that Pachuca have won 2 of these and Toluca 3, with the tally of draws being 1.

15 goals were scored between the two sides throughout the course of those matches, with 7 for Los Tuzos and 8 being from Los Diablos Rojos. The average number of goals per game works out to 2.5.

The previous league encounter featuring these sides was Liga MX (Clausura) match day 11 on 14/03/2021 when it finished Toluca 0-2 Pachuca.

That day, Toluca managed 51% possession and 8 shots at goal with 0 of them on target.

The Pachuca manager Paulo Pezzolano will be grateful to have no fitness worries whatsoever before this game with a completely injury-free squad available to choose from.

With a completely injury-free group available for selection, the Toluca boss Hernán Cristante does not have any fitness worries at all coming into this game.

Looking at these two teams, we feel that Toluca will need to put in a solid display to hit the back of the net against this Pachuca side who we think should manage to score & go ahead.

We’re therefore seeing a very competitive encounter with a 1-0 advantage for Pachuca at the end of this one. 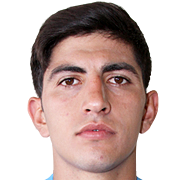 Mostly taking up the Centre Midfield position, Victor Guzmán was born in Guadalajara, Mexico. Having made a first senior appearance for Pachuca in the 2015 - 2016 season, the gifted Midfielder has struck 2 league goals in this Liga MX (Apertura) 2021 - 2022 season to date in 6 appearances.

We have made these Pachuca v Toluca predictions for this match preview with the best intentions, but no profits are guaranteed. Please always gamble responsibly, only with money that you can afford to lose. Good luck!