Rodez will host the visiting Pau FC at Stade Paul-Lignon in this Ligue 2 tie on Saturday.

Our Rodez v Pau FC predictions, statistics and match poll can be seen below - plus the latest match odds.

Rodez will play in this game following on from a 2-2 Ligue 2 tied result vs AS Nancy Lorraine.

Rodez have been on a persistent run of goalscoring form, netting in one hundred percent of their last 6 matches.

They’ve claimed a sum of 7 during that time while also conceding a total of 8. That kind of trend isn’t assured to be carried forward here, though.

After a loss in their previous game against Chambly Oise in Ligue 2 competition, Pau FC and their travelling supporters will be hoping that they can get a better result in this one.

It has become apparent that Pau FC have been starved of goals in their past six encounters, recording the poor return of only 3. In those matches, Pau FC have also seen the collective goal aggregate against them equal 15.

Heading into this contest, Pau FC are without an away win for the past 4 league matches.

The previous league meeting featuring these clubs was Ligue 2 match day 2 on 29/08/2020 which ended up with the score at Pau FC 1-1 Rodez.

Rodez boss Laurent Peyrelade doesn’t have any fitness worries to speak of before this game thanks to a fully healthy squad available to select from.

Thanks to a fully healthy squad available to choose from, Pau FC manager Didier Tholot has no fitness concerns to report before this game.

When taking all factors into account, Pau FC should be able to get a goal against this Rodez team, but that realistically won’t be enough to prevent defeat.

We reckon that it will be both teams to score in a 2-1 winning score for Rodez at the end of this one. Should be a good one. 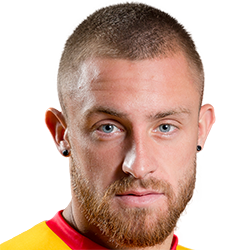 Usually played in the Centre Midfield position, Rémy Boissier was born in Millau, France. After having made a senior debut playing for Le Mans FC in the 2019 - 2020 season, the gifted Midfielder has scored a sum of 5 league goals in the Ligue 2 2020 - 2021 campaign to date in a total of 16 appearances.

While we have made these predictions for Rodez v Pau FC for this match preview with the best of intentions, no profits are guaranteed. Always gamble responsibly, and with what you can afford to lose.