Peterhead
Queen Of The South
1 - 3

Peterhead vs Queen Of The South Live Stream, Predictions

Return to this page a few days before the scheduled game when this expired prediction will be updated with our full preview and tips for the next match between these teams.
Full-Time Result Prediction
👉
Queen Of The South to Win

The League One fixture at Balmoor Stadium on Saturday sees home side Peterhead go up against opponents Queen Of The South.

To see all of our predictions, user poll & stats for Peterhead v Queen Of The South, scroll down - along with the latest match odds.

Peterhead fans will want a repeat of their previous result, being a 1-0 League One triumph vs Clyde.

The only name on the scoresheet from Peterhead was Kieran Shanks (51').

A recurring aspect of recent Peterhead games is the number of results with a nil in them.

Taking their prior 6 matches before this one, in as many as 6 of them a wager on "Both Teams to Score" would have lost.

Queen Of The South
LLWLDL

Following on from being beaten in their last game against Montrose in League One action, Queen Of The South will be hoping to turn things around here.

In the course of their 6 previous matches, Marvin Bartley's Queen Of The South have slotted home 5 times - giving them the goals per game average of 0.83.

Going into this encounter, Queen Of The South are without a win away from home in their last 4 league games.

The last league meeting between the two was League One match day 11 on 15/10/2022 which finished with the scoreline of Queen Of The South 2-0 Peterhead.

Paul Dixon (Knee Injury) and Hamish Ritchie (Knee Surgery) will not be able to play for Peterhead gaffer David Robertson.

Owing to a completely healthy squad to pick from, the Queen Of The South manager Marvin Bartley doesn’t have any fitness concerns at all ahead of this clash.

In this match, Peterhead have it within them to find the net against this Queen Of The South side, but one goal may not quite prevent defeat.

We are therefore anticipating a 1-2 advantage for Queen Of The South at full-time. There looks to be little in this one. 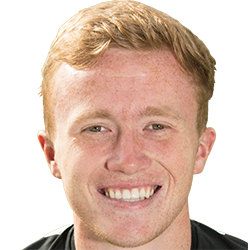 Mostly played in the Left Attacking Midfielder position, Conor O'Keefe was born in Paisley, Scotland. After having played his first senior match for St Mirren in the 2017 - 2018 season, the goalscoring Midfielder has scored 3 league goals in this League One 2022 - 2023 season to date in 11 appearances.

We have made these Peterhead v Queen Of The South predictions for this match preview with the best intentions, but no profits are guaranteed. Please always gamble responsibly, only with money that you can afford to lose. Best of luck.