Shrewsbury Town will do battle with visitors Plymouth Argyle at Montgomery Waters Meadow in the League One game on Monday.

Shrewsbury Town will be looking for an improved result here after a 1-0 League One losing effort in their last game against Northampton Town.

It has been seldom in recent games that Shrewsbury Town have kept a clean sheet. The reality is that The Shrews have seen their defence breached in 5 of their previous 6 matches, shipping 6 goals along the way.

Their prior results show that Shrewsbury Town:

Plymouth Argyle go into this encounter following on from a 1-0 League One win with the defeat of AFC Wimbledon in their last match.

The only name on the scoresheet from Plymouth Argyle was Sam Woods (11').

In the course of their 6 most recent matches, Ryan Lowe's Plymouth Argyle have seen their efforts on goal rewarded 6 times - yielding them the goals scored per game average of 1.

Ahead of this clash, Plymouth Argyle haven’t won away from home in the past 6 league games.

Inspecting their most recent head-to-head clashes going back to 02/05/2015 shows us that Shrewsbury Town have won 1 of these & Plymouth Argyle 3, with the number of drawn matches standing at 2.

A total of 14 goals were scored between the two sides in this period, with 6 from The Shrews and 8 netted by The Pilgrims. That’s an average goals per game figure of 2.33.

The last league fixture featuring these clubs was League One match day 3 on 26/09/2020 and the score finished Plymouth Argyle 1-1 Shrewsbury Town.

Shrewsbury Town boss Steve Cotterill has no fitness concerns to speak of ahead of this match owing to a fully healthy group available to select from.

Thanks to a mainly healthy squad, there is only the lone fitness problem for the Plymouth Argyle gaffer Ryan Lowe to contend with. George Cooper (Knee Injury) misses out for this game.

We’re of the opinion that Plymouth Argyle must be fancied to put one past this Shrewsbury Town outfit, although that may not be as many as the goals that they could concede.

Our tip is for a 2-1 advantage for Shrewsbury Town at the end of the match. Let’s see what eventuates. 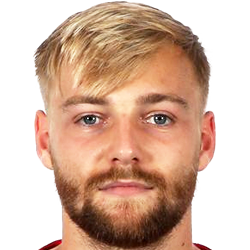 Regularly deployed in the Right Attacking Midfielder position, Harry Chapman was born in Hartlepool, England. Having made his senior debut playing for Barnsley in the 2015 - 2016 season, the goalscoring Midfielder has netted 6 league goals in this League One 2020 - 2021 season so far in 14 appearances.

We have made these Shrewsbury Town v Plymouth Argyle predictions for this match preview with the best intentions, but no profits are guaranteed. Please always gamble responsibly, only with money that you can afford to lose. Best of luck.