View all Warta Poznań v Pogon Szczecin tips, stats and our pre-match poll below - as well as the best betting odds.

Warta Poznań will be looking for an improved result here following a 0-2 Ekstraklasa loss in their previous game against Pogon Szczecin.

Over their past 6 fixtures, Dawid Szulczek's Warta Poznań have hit the back of the net a combined total of 7 times giving them an average number of goals per match equal to 1.17.

The numbers tell their own story, and Pogon Szczecin have been scored against in 5 of their last 6 games, conceding 9 goals in all. Defensively, Pogon Szczecin just haven’t been too solid at all. We will just have to find out whether or not that trend will end up being sustained in this game.

The previous league clash between the two was Ekstraklasa match day 19 on 18/12/2021 and the score finished Pogon Szczecin 1-1 Warta Poznań.

That day, Pogon Szczecin managed 67% possession and 8 attempts on goal with 2 of them on target. The scorer was Kostas Triantafyllopoulos (95').

At the other end, Warta Poznań got 5 attempts on goal with 3 on target. Adam Zreľák (74') was the scorer.

The Warta Poznań boss Dawid Szulczek has zero fitness worries at all before this clash with a completely injury-free group to choose from.

With a completely injury-free group available for selection, the Pogon Szczecin boss Jens Gustafsson has no fitness concerns to report ahead of this match.

We’re thinking that Warta Poznań will have their work cut out to be putting a goal past this Pogon Szczecin team who we reckon will be able to get on the scoresheet themselves in a winning performance.

We’re therefore tipping a good battle with a 0-1 win for Pogon Szczecin when all is said and done. 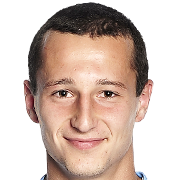 Normally taking up the Striker position, Adam Zreľák was born in Stará Ľubovňa, Slovakia. After making a first senior appearance for Baumit Jablonec in the 2016 - 2017 season, the talented Forward has contributed 2 league goals in this Ekstraklasa 2022 - 2023 campaign so far from a total of 2 appearances.

We have made these Warta Poznań v Pogon Szczecin predictions for this match preview with the best intentions, but no profits are guaranteed. Please always gamble responsibly, only with money that you can afford to lose. Good luck with your selections.