All of our predictions, stats and the user poll for Radomiak Radom v Wisła Kraków are shown below - as well as the best betting odds.

Radomiak Radom, who won their previous game, will hope for a similar result following a 4-2 Ekstraklasa success over Wisła Kraków.

It’s been all too rare in recent games where Radomiak Radom haven’t conceded. In fact, Radomiak Radom have seen their defence breached in 5 of their previous 6 games, shipping 11 goals in the process. We shall soon see if that trend will end up being sustained in this game.

Coming into this clash, Radomiak Radom are without a win at home for the past 4 matches in the league. That's never good.

Throughout their 6 previous matches, Jerzy Brzęczek's Wisła Kraków have had reason to celebrate scoring 10 times - giving them a goals scored per game average of 1.67.

The last league meeting featuring these clubs was Ekstraklasa match day 16 on 26/11/2021 which ended up with the score at Wisła Kraków 0-1 Radomiak Radom.

In that game, Wisła Kraków had 64% possession and 20 shots at goal with 4 of them on target.

Radomiak Radom got 19 attempts on goal with 6 of them on target. Karol Angielski (6') scored.

The Radomiak Radom manager Mariusz Lewandowski has zero fitness concerns to speak of coming into this game owing to a fully healthy group to pick from.

Due to a completely injury-free squad available to choose from, the Wisła Kraków boss Jerzy Brzęczek has no fitness concerns to report ahead of this clash.

We feel that Radomiak Radom will need to apply a lot of pressure to breach the defence of this Wisła Kraków outfit who we think will be able to grind out a win.

That’s why our selection here is for a hard-fought 0-1 victory for Wisła Kraków at the end of the 90 minutes. 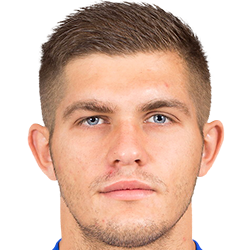 Usually taking to the field in the Striker position, Karol Angielski was born in Kielce, Poland. After having made a senior debut playing for Korona Kielce in the 2012 - 2013 season, the goalscoring Forward has got 14 league goals in this Ekstraklasa 2021 - 2022 season to date coming from a total of 32 appearances.

While we have made these predictions for Radomiak Radom v Wisła Kraków for this match preview with the best of intentions, no profits are guaranteed. Always gamble responsibly, and with what you can afford to lose.