Our predictions, user poll and statistics for Raków Częstochowa v Wisla Plock can be found here - as well as the best betting odds.

Raków Częstochowa prepare for this match following a 2-2 Ekstraklasa drawn match against Cracovia.

For Raków Częstochowa, the goals were scored by Tomáš Petrášek (11') and David Tijanič (15'). Filip Piszczek (21') and Ivan Fiolić (90') scored for Cracovia.

Raków Częstochowa haven’t been able to stop scoring goals, hitting the target in one hundred percent of their last 6 matches.

They’ve totted up the amount of 14 during that period and have conceded a total of 8. Even so, we must now wait to see whether that pattern will persist in this next game or not.

Going into this encounter, Raków Częstochowa haven't lost in the league to Wisla Plock in their last 2 matches.

Following on from suffering a loss in their previous game against Warta Poznań in Ekstraklasa action, Wisla Plock will be hoping to turn things around here.

The numbers tell their own story, and Wisla Plock have been scored against in 5 of their last 6 games, seeing opposing sides hit 9 goals in total. At the back, Wisła Płock could really do with shoring things up.

Coming into this clash, Wisla Plock are unbeaten in their previous 2 away league matches.

The previous league encounter featuring these clubs was Ekstraklasa match day 7 on 18/07/2020 when it ended Raków Częstochowa 2-1 Wisla Plock.

The referee was Łukasz Kuźma.

Raków Częstochowa manager Marek Papszun has zero fitness worries to speak of before this match thanks to a completely injury-free group available for selection.

Thanks to a completely healthy squad available to choose from, Wisla Plock manager Radosław Sobolewski doesn’t have any fitness concerns to report ahead of this match.

It looks to us that Raków Częstochowa can and should be able to create a good number of chances & successful shots on target.

However, Wisla Plock could well find it tough to score themselves although we do reckon that they could well end up hitting back at some stage here.

Accordingly, we see a controlled 3-1 winning margin for Raków Częstochowa at the conclusion of the game. 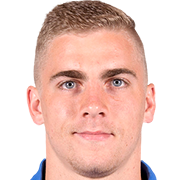 Mostly deployed in the Striker position, Vladislavs Gutkovskis was born in Latvia. Having played his first senior match for Skonto Rīga in the 2013 season, the gifted Forward has struck 4 league goals in this Ekstraklasa 2020 - 2021 campaign to date from a total of 5 appearances.

We have made these Raków Częstochowa v Wisla Plock predictions for this match preview with the best intentions, but no profits are guaranteed. Please always gamble responsibly, only with money that you can afford to lose. Best of luck.