The Championship match at DW Stadium on Saturday will see hosts Wigan playing against opponents Reading.

Our predictions, user poll and statistics for Wigan Athletic v Reading can be found here - as well as the best betting odds.

Wigan prepare for this game after a 0-0 Championship drawn game vs Reading.

Wigan Athletic haven’t been able to stop scoring goals, hitting the target in one hundred percent of their last 6 games.

They have claimed a sum of 8 during that time while also conceding a total of 9.

The trend of at least one team not scoring a goal in games featuring Reading has been fairly consistent in recent matches. Examining their last 6 outings shows that this has occurred 5 times. During these clashes, opposing sides have managed a goal total of 8 and Reading have scored 7. It will be interesting to see if that trend can be continued on in this game.

Heading into this contest, Reading haven't been defeated by Wigan Athletic when they've played them away from home in the last 4 matches in the league. Away fans have certainly had plenty to cheer about.

Looking over their most recent head-to-head clashes stretching back to 05/11/2016 shows us that Wigan have won 1 of them & Reading 4, with the number of drawn matches being 1.

A sum of 16 goals were scored between them throughout the course of those matches, with 6 from The Latics and 10 belonging to The Royals. The average number of goals per game works out to 2.67.

The previous league game featuring the two was Championship match day 35 on 26/02/2020 and the score finished Reading 0-3 Wigan Athletic.

That day, Reading managed 51% possession and 10 attempts on goal with 4 on target.

Looking at personnel, there is just a single fitness concern for the Wigan manager Leam Richardson to be concerned with from a near full-strength squad. Charlie Wyke (Heart Condition) misses out.

Due to a fully injury-free squad ready to go, the Reading boss Paul Ince has no fitness concerns whatsoever coming into this clash.

Our assessment is that Reading will likely be able to score a goal against this Wigan Athletic side, although that possibly won’t prevent them from conceding a couple at the other end.

We reckon that it will be a close game with a 2-1 win for Wigan Athletic at the end of this one. Could easily see this go either way. 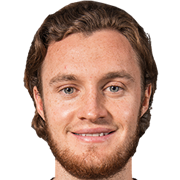 Customarily taking to the field in the Striker position, Will Keane was born in Stockport, England. Having played his first senior match for Manchester United in the 2011 - 2012 season, the gifted Forward has struck 2 league goals in the Championship 2022 - 2023 season so far from a total of 7 appearances.

While we have made these predictions for Wigan Athletic v Reading for this match preview with the best of intentions, no profits are guaranteed. Always gamble responsibly, and with what you can afford to lose. Good luck with your selections.