Real Oviedo line up against away side Villarreal CF B at The Estadio Carlos Tartiere in this La Liga 2 tie on Saturday.

All Real Oviedo v Villarreal CF B match predictions, user poll and stats are shown below including the latest game odds.

Real Oviedo prepare for this fixture after a 1-1 La Liga 2 draw against SD Huesca.

Fewer than three goals per match were recorded in 5 of the past 6 meetings where Real Oviedo have taken part. With regard to the goal attribution from that period, opposing sides scored an aggregate of 6 and Real Oviedo managed the sum of 5.

Coming into this clash, Real Oviedo haven't been defeated in their previous 6 league matches at home.

Villarreal CF B head into the encounter following a 1-2 La Liga 2 win vs CD Lugo in their most recent match.

In that game, Villarreal CF B had 63% possession and 19 shots at goal with 7 on target. The only player to score for Villarreal CF B was Álex Millán (54'). For their opponents, Lugo had 10 shots on goal with 5 on target. Jaume Cuéllar (66') and Óscar Whalley (67' Own goal) scored for CD Lugo.

The stats tell the story, and Villarreal CF B have been scored against in 5 of their last 6 matches, letting opponents get 9 goals overall. In defence, Villarreal CF B seem to have a bit of a soft underbelly. That pattern might not be continued here, though.

On that occasion, Villarreal CF B managed 62% possession and 12 shots at goal with 5 on target. Goals were scored by Juan Arana (62') and Mamadou Fall (92').

On the other side, Real Oviedo had 14 shots at goal with 3 on target. Samuel Obeng (52') was the scorer.

The Real Oviedo boss Álvaro Cervera does not have any fitness worries to speak of ahead of this game thanks to a completely healthy squad to pick from.

With a completely healthy squad to choose from, the Villarreal CF B manager Miguel Álvarez has zero fitness concerns to report before this clash.

We’ve got the feeling that Villarreal CF B could find themselves struggling to score goals against this Real Oviedo side who we think will be able to grind out a win.

We’ve gone for a hard-fought contest, finishing with a 1-0 winning score for Real Oviedo at the end of the 90. 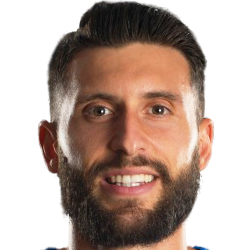 Mostly played in the Striker position, Borja Bastón was born in Madrid, Spain. After making a first senior appearance for Atlético Madrid in the 2009 - 2010 season, the talented Forward has accumulated 8 league goals in this LaLiga2 2022 - 2023 campaign so far from a total of 23 appearances.

We have made these Real Oviedo v Villarreal CF B predictions for this match preview with the best intentions, but no profits are guaranteed. Please always gamble responsibly, only with money that you can afford to lose. Good luck if you do place a bet today.