The La Liga tie at Estadio José Zorrilla on Sunday sees home side Real Valladolid fighting it out with opponents Real Sociedad.

Our Real Valladolid v Real Sociedad tips, poll and stats can be seen in full below - along with the latest match odds.

Real Valladolid will be looking for another win after the 2-0 La Liga victory against Real Betis.

Sergio González's Real Valladolid have hit the target 5 times over their past 6 outings. At the other end, the tally of goals that they have conceded in that time stands at 6.

In their last game, Real Sociedad drew 1-1 in the La Liga match with Atlético Madrid.

Looking at their form, and Real Sociedad have been scored against in 5 of their last 6 games, letting opponents get 7 goals overall. At the back, Txuri-urdin could really do with shoring things up.

Looking at their most recent head to head clashes dating back to 01/12/2016 shows us that Real Valladolid have won 1 of these games and Real Sociedad 2, with the tally of drawn results being 3.

A total of 12 goals were produced between them during those clashes, with 5 from Pucela and 7 netted by Txuri-urdin. The average goals per game has been 2.

The last league contest featuring these clubs was LaLiga match day 26 on 28/02/2020 when the final score was Real Sociedad 1-0 Real Valladolid.

On that day, Real Sociedad managed 55% possession and 13 attempts at goal with 4 of them on target. Their only player on the scoresheet was Adnan Januzaj (60').

Real Valladolid had 6 attempts on goal with 1 on target.

It seems to us that Real Sociedad and Real Valladolid should both get enough opportunities to score, although it’s hard to separate the two.

A draw is a real possibility, as we are expecting there to be little between them. We’re therefore predicting a close game with a 1-1 score draw at the end of this game. 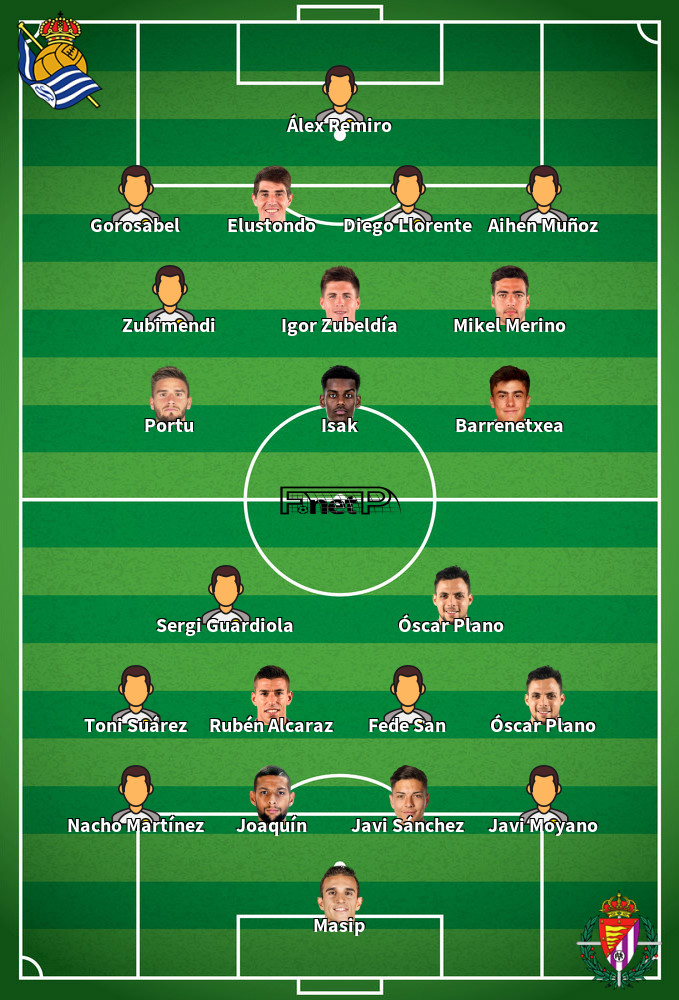 While we have made these predictions for Real Valladolid v Real Sociedad for this match preview with the best of intentions, no profits are guaranteed. Always gamble responsibly, and with what you can afford to lose. We wish you the best of luck.