Real Valladolid line up against away side Valencia at The Estadio José Zorrilla in the La Liga clash on Sunday.

Our predictions, user poll and statistics for Real Valladolid v Valencia can be found here - along with the latest match odds.

Real Valladolid will be looking to improve on their last outing here after the 3-0 La Liga defeat last time out to Atlético Madrid.

In that game, Real Valladolid had 53% possession and 7 attempts at goal with 1 on target. On the other side, Atlético Madrid had 18 attempts on goal with 8 of them on target. Álvaro Morata (18'), Antoine Griezmann (23') and Mario Hermoso (28') scored for Atlético Madrid.

Following on from a loss in their previous game against Athletic Bilbao in Copa del Rey competition, Valencia will be hoping to turn things around here.

Gennaro Gattuso's Valencia have slotted home 11 times throughout their most recent six matches. The aggregate of goals that have been scored against them during that period adds up to 7.

Going into this game, the form guide shows that Valencia:

A study of their past head to head results going back to 12/01/2019 shows that these encounters have been miserable for Real Valladolid. They’ve not been able to register any wins whatsoever while Valencia have simply been better than them, finishing as winners in 67 per cent of those games where they have faced each other.

In all, 13 goals were scored between the two sides during those clashes, with 3 of them for Pucela and 10 belonging to Los Che. That is an average goals per game value of 2.17.

The previous league fixture between these clubs was La Liga match day 35 on 09/05/2021 which finished with the scoreline of Valencia 3-0 Real Valladolid.

For their opponents, Real Valladolid had 19 attempts at goal with 2 of them on target.

In an otherwise healthy group, there’s only the lone fitness worry for the Valencia gaffer Gennaro Gattuso to be concerned with. Nico González (Metatarsal Fracture) misses out for this game.

We’ve got the feeling that Real Valladolid may find it difficult to score against this Valencia side who we think will likely emerge victorious.

We’ve gone for a narrow 0-1 victory for Valencia at the end of the match. 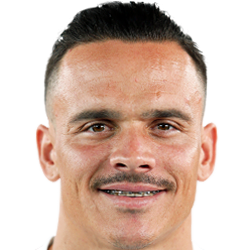 Mostly used in the Centre Midfield position, Roque Mesa was born in Las Palmas de Gran Canaria, Spain. After making a first senior appearance for UD Las Palmas in the 2011 - 2012 season, the gifted Midfielder has scored a sum of 2 league goals in the LaLiga 2022 - 2023 campaign so far in a total of 15 appearances.

We have made these Real Valladolid v Valencia predictions for this match preview with the best intentions, but no profits are guaranteed. Please always gamble responsibly, only with money that you can afford to lose. Best of luck with your selections.