Return to this page a few days before the scheduled game when this expired prediction will be updated with our full preview and tips for the next match between these teams.
Full-Time Result Prediction
👉
Walsall to Win

Walsall are going up against away team Rochdale at Banks's Stadium in this League Two match on Saturday.

All of our predictions, stats and the user poll for Walsall v Rochdale are shown below - along with the latest match odds.

Walsall will be wanting a better result here following a 1-3 League Two losing effort in their last game against Harrogate Town.

In their last six fixtures, Matthew Taylor's Walsall have hit the back of the net a combined total of 7 times resulting in an average number of goals per match of 1.17.

Coming into this contest, Walsall are without a win at home for the past 2 league games.

Last time out, Rochdale drew 2-2 in the League Two match with Leyton Orient.

In a total of 5 out of the previous 6 clashes involving Rochdale, three or more goals have gone in. The average number of goals per match during that time is 3.17, with the number of goals averaged by Rochdale being 1.5.

Their past results show that Rochdale:

A review of their prior head to head meetings going back to 22/11/2016 shows us that Walsall have won 1 of these games and Rochdale 4, with the number of draws standing at 1.

A total of 17 goals were yielded between them throughout the course of those matches, with 4 for The Saddlers and 13 created by The Dale. The average goals per game has been 2.83.

The Walsall boss Matthew Taylor will be thankful to have no fitness concerns whatsoever ahead of this game with a fully injury-free squad available to select from.

With a fully healthy group to choose from, the Rochdale manager Robbie Stockdale doesn’t have any fitness worries whatsoever ahead of this match.

In our opinion, Rochdale have enough to get a goal against this Walsall lineup, although it possibly won’t quite be as many as the goals that they could concede.

We are anticipating a 2-1 victory for Walsall when all is said and done. It should be a decent one. 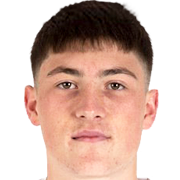 Typically played in the Centre Midfield position, Jack Earing was born in Bury, England. After having made a senior debut playing for Bolton Wanderers in the 2018 - 2019 season, the talented Midfielder has scored a sum of 2 league goals in this League Two 2021 - 2022 season to date coming from a total of 16 appearances.

We have made these Walsall v Rochdale predictions for this match preview with the best intentions, but no profits are guaranteed. Please always gamble responsibly, only with money that you can afford to lose. Good luck!