Our Watford v Rotherham United tips, poll and stats can be seen in full below (inc. the best betting odds).

Watford will want to continue from where they left off last time out with a 2-0 Championship success vs Blackpool.

Fewer than three goals per game were scored during 5 of the past 6 meetings where Watford have been participants. Regarding the goal distribution in this period, their opponents scored an aggregate of 8 while Watford got themselves 5. We will see if that trend will be continued on here.

Coming into this meeting, Watford are unbeaten in the league by Rotherham United in their previous 9 games. A decent run, indeed.

Rotherham United head into the match following a 4-0 Championship win versus Blackburn Rovers in their most recent fixture.

Looking over past results between these clubs stretching back to 16/04/2005 shows that these encounters have not been kind to Rotherham United. They’ve not managed to come away with any victories whatsoever whereas Watford have simply been better than them, beating them in 83 per cent of those ties.

A combined total of 15 goals were scored between them during those clashes, with 13 for The Hornets and 2 for The Millers. That’s an average goals per game figure of 2.5.

The previous league match featuring the two was Championship match day 8 on 03/09/2022 and the score finished Rotherham United 1-1 Watford.

That day, Rotherham United had 34% possession and 8 attempts at goal with 3 on target. The scorer was Richard Wood (2').

For their opponents, Watford got 12 shots at goal with 2 on target. Vakoun Issouf Bayo (33') was the scorer.

The referee was Leigh Doughty.

Thanks to a fully healthy squad ready to go, the Rotherham United manager Matt Taylor does not have any fitness worries to report coming into this game.

For this match, we think that Watford can get a couple of goals in this one when they play Rotherham United, who may well struggle to score themselves.

We’re tipping a fairly comfortable 2-0 margin for Watford when the full-time whistle blows. 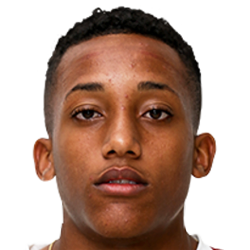 Customarily playing in the Striker position, João Pedro was born in Ribeirão Preto, Brazil. After having played his first senior match for Fluminense in the 2019 season, the talented Forward has scored a sum of 8 league goals in the Championship 2022 - 2023 campaign to date coming from a total of 20 appearances.

While we have made these predictions for Watford v Rotherham United for this match preview with the best of intentions, no profits are guaranteed. Always gamble responsibly, and with what you can afford to lose. Best of luck with your selections.