Return to this page a few days before the scheduled game when this expired prediction will be updated with our full preview and tips for the next match between these teams.
Full-Time Result Prediction
👉
Ural to Win

Rubin Kazan will be at Central Stadium Yekaterinburg on Sunday for the Premier League meeting with home team Ural.

Scroll down to see all of the predictions, poll and statistics for Ural v Rubin Kazan (plus the best game odds).

It’s been all too rare in recent games where Ural have managed to hold out for a full 90 minutes. The reality is that Ural have seen their defence breached in 6 of their previous 6 clashes, letting in 12 goals on the way. Nevertheless, it remains to be seen if that pattern will persist in this next match.

Leading up to this clash, Ural:

The stats don’t lie, and Rubin Kazan have been scored against in 5 of their last 6 games, conceding 12 goals in all. Defensively, Rubin Kazan can certainly do much better.

A glance at their past head-to-head clashes dating back to 21/04/2019 shows us that Ural have won 1 of them and Rubin Kazan 3, with the tally of drawn results being 2.

A combined sum of 13 goals were yielded between them in these games, with 4 of them for Bumblebees and 9 coming from Tatáry. That’s an average goals per game figure of 2.17.

The last league game featuring the two was Premier League match day 7 on 13/09/2021 when it finished Rubin Kazan 4-0 Ural.

On the other side, Ural had 8 shots at goal with 3 of them on target. Artyom Mamin (13' Own goal) scored.

It’s a low absenteeism rate, with just the sole fitness concern for the Ural boss Igor Shalimov to be concerned about from a near full-strength group. Kirill Kolesnichenko (Unknown Injury) misses out.

We’ve got the feeling that Rubin Kazan will do well to score goals against this Ural lineup who we think will be able to get on the scoresheet themselves in a winning performance.

With that in mind, we reckon that it will be a very even contest with a 1-0 winning margin for Ural when the referee blows for full-time. 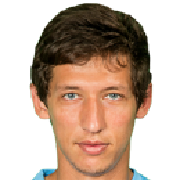 Customarily played in the Central Attacking Midfielder position, Ramazan Gadzhimuradov was born in Moscow, Russia. Having played his first senior match for Ural in the 2020 - 2021 season, the gifted Midfielder has accumulated 2 league goals in this Premier League 2021 - 2022 campaign so far from a total of 22 appearances.

While we have made these predictions for Ural v Rubin Kazan for this match preview with the best of intentions, no profits are guaranteed. Always gamble responsibly, and with what you can afford to lose. Best of luck with your selections.