Return to this page a few days before the scheduled game when this expired prediction will be updated with our full preview and tips for the next match between these teams.
Full-Time Result Prediction
👉
Sagan Tosu to Win

Sagan Tosu make the trip to IAI Stadium Nihondaira on Sunday for the J1 League fixture with home side Shimizu S-Pulse.

Our Shimizu S-Pulse v Sagan Tosu predictions, statistics and match poll can be seen below including the latest game odds.

Shimizu S-Pulse will be looking to improve on their last outing here after a 1-2 J1 League loss in their previous game against Urawa Red Diamonds.

Shimizu S-Pulse haven’t had any problems with scoring, hitting the target in one hundred percent of their last 6 matches.

They’ve hit an aggregate of 11 during that time and have conceded a total of 11. That sort of pattern won’t necessarily follow through here, of course.

A look at their previous results shows us that Shimizu S-Pulse:

In the game prior to this, Sagan Tosu drew 2-2 in the J1 League tie with Yokohama F. Marinos.

The numbers tell their own story, and Sagan Tosu have been scored against in 5 of their last 6 games, with opponents netting 9 goals overall. In defence, Sagan Tosu have not been doing too well.

Analysis of their past results shows that Sagan Tosu:

Looking at the statistics for their head to head meetings going back to 07/12/2019, there has been little between the sides with Shimizu S-Pulse winning 1 of those games, Sagan Tosu 1 and 4 being draws in normal time.

8 goals were scored between them during those clashes, with 4 of them from Shimizu and 4 belonging to Sagan Tosu. The average number of goals per game works out to 1.33.

The previous league game between the two was J1 League match day 9 on 17/04/2022 when the final score was Sagan Tosu 0-0 Shimizu S-Pulse.

That day, Sagan Tosu had 57% possession and 12 shots on goal with 2 on target.

Shimizu S-Pulse got 6 shots on goal with 2 on target.

Owing to a completely injury-free squad to pick from, the Sagan Tosu manager Kenta Kawai has no fitness worries to report before this clash. Diego will not be able to play in this game through being suspended.

Here is a game where Shimizu S-Pulse will need to put in a solid display to get anything against this Sagan Tosu outfit who we reckon should score one, at least.

Therefore, we predict a hard-fought 0-1 advantage for Sagan Tosu when the full-time whistle blows. 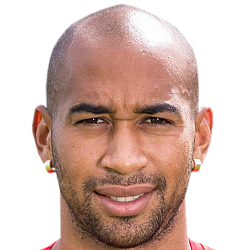 Usually playing in the Striker position, Thiago Santana was born in Serrinha, Brazil. Having played his first senior match for Figueirense in the 2015 season, the accomplished Forward has scored a sum of 7 league goals in this J1 League 2022 season so far coming from a total of 15 appearances.

While we have made these predictions for Shimizu S-Pulse v Sagan Tosu for this match preview with the best of intentions, no profits are guaranteed. Always gamble responsibly, and with what you can afford to lose. Best of luck with your selections.