Tranmere Rovers will visit Peninsula Stadium on Saturday for the League Two meeting with home side Salford City.

Our Salford City v Tranmere Rovers tips, poll and stats can be seen in full below (including the best match odds).

Salford City, buoyed by their previous result, will be hoping for more of the same after the 0-1 League Two success against Harrogate Town.

The only scorer from Salford City was Matty Lund (93').

Salford City have been on a persistent run of goalscoring form, hitting the target in one hundred percent of their last 6 games.

They’ve hit an aggregate of 10 during that time while also conceding a total of 7.

Heading into this fixture, Salford City have not been beaten in their last 7 league matches at home.

After tasting defeat last time out to Bradford City in League Two competition, Tranmere Rovers will be aiming to make amends here.

The only scorer from Tranmere Rovers was Kane Hemmings (49'). Andy Cook (3', 75') was the scorer for Bradford City.

Micky Mellon's Tranmere Rovers have had reason to celebrate scoring a total of 5 times in the course of their previous 6 matches. The total of goals that they have conceded during those same matches comes to 8.

An examination of their prior head to head clashes stretching back to 12/11/2019 tells us that Salford City have won 1 of these & Tranmere Rovers 2, with the number of drawn games standing at 3.

A total of 12 goals were shared by the two clubs during those clashes, with 5 from The Ammies and 7 belonging to Super White Army. That’s an average goals per game of 2.

The last league meeting featuring the two was League Two match day 25 on 11/01/2022 which finished with the scoreline of Salford City 1-1 Tranmere Rovers.

The Salford City boss Neil Wood has a full complement, with no fitness worries whatsoever before this clash owing to a fully healthy squad available to select from.

Owing to a completely injury-free squad available to select from, the Tranmere Rovers manager Micky Mellon doesn’t have any fitness worries whatsoever ahead of this game.

We’re of the view that Tranmere Rovers should be able to get a goal against this Salford City team, although it is unlikely to be as many as the goals that they could concede.

We’re tipping both teams to score in a 2-1 winning margin for Salford City when all is said and done. Should be an interesting one. 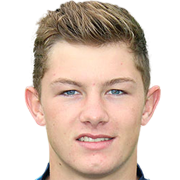 Typically used in the Striker position, Callum Hendry was born in Lytham St Annes, England. Having made a first senior appearance for St Johnstone in the 2017 - 2018 season, the accomplished Forward has hit 2 league goals in the League Two 2022 - 2023 campaign so far from a total of 7 appearances.

We have made these Salford City v Tranmere Rovers predictions for this match preview with the best intentions, but no profits are guaranteed. Please always gamble responsibly, only with money that you can afford to lose. Best of luck with your selections.