Sampdoria will be hosting visiting club Udinese at Stadio Luigi Ferraris in this Serie A match on Sunday.

Sampdoria won’t want a repeat of their last result here after the 1-0 Serie A losing effort in their last game against Empoli.

In that match, Sampdoria managed 50% possession and 16 shots at goal with 7 on target. For their opponents, Empoli had 16 attempts at goal with 5 of them on target. Tyronne Ebuehi (55') was the scorer for Empoli.

It’s been seldom in recent times where Sampdoria have managed to hold out for a full 90 minutes. The facts show that Sampdoria have seen their defence breached in 6 of their previous 6 matches, shipping 9 goals on the way. We will have to see if that trend will be continued on into this next match.

Their past results show that Sampdoria:

After tasting defeat last time out to Bologna in Serie A competition, Udinese will be hoping to turn things around here.

In that game, Udinese had 51% possession and 20 shots at goal with 4 on target. The only player to score for Udinese was Beto (10'). At the other end, Bologna had 15 attempts on goal with 2 of them on target. Nicola Sansone (59') and Stefan Posch (80') scored for Bologna.

Looking at their form, and Udinese have been scored against in 6 of their last 6 games, seeing their opponents hit 9 goals in all. Defensively, Udinese have not been doing too well.

Their past results show that Udinese:

Checking on their prior head-to-head clashes stretching back to 24/11/2019 shows us that Sampdoria have won 4 of these and Udinese 1, with the number of drawn matches being 1.

A total of 20 goals were scored between the two sides throughout the course of those matches, with 12 of them from i Blucerchiati and 8 being from Bianconeri Friuliani. This gives an average number of goals per game equal to 3.33.

The last league contest featuring these clubs was Serie A match day 28 on 05/03/2022 when it ended Udinese 2-1 Sampdoria.

In that match, Udinese managed 43% possession and 19 attempts on goal with 5 on target. The scorers were Gerard Deulofeu (3') and Destiny Udogie (12').

At the other end, Sampdoria got 8 attempts at goal with 4 of them on target. Francesco Caputo (13') was the scorer.

Out of a mainly available squad, there’s just the lone fitness worry for the Udinese gaffer Andrea Sottil to be concerned about. Adam Masina (Cruciate Ligament Rupture) misses out for this game.

We’re of the view that Sampdoria could find themselves struggling to hit the back of the net against this Udinese lineup who we think will likely manage to get a goal of their own in a winning performance.

We’re therefore expecting a very competitive game with a 0-1 winning score for Udinese at the end of this game. 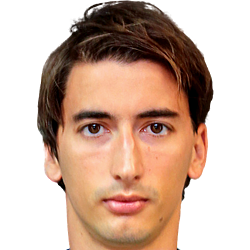 Mostly taking to the field in the Central Attacking Midfielder position, Filip Đuričić was born in Obrenovac, Serbia. Having made a first senior appearance for SC Heerenveen in the 2009 - 2010 season, the dangerous Midfielder has managed 2 league goals in the Serie A 2022 - 2023 campaign so far in a total of 17 appearances.

We have made these Sampdoria v Udinese predictions for this match preview with the best intentions, but no profits are guaranteed. Please always gamble responsibly, only with money that you can afford to lose. Best of luck with your selections.