Our Villarreal v SD Huesca predictions, statistics and match poll can be seen below (including the best match odds).

Villarreal, buoyed by their previous result, will be hoping for more of the same after a 4-0 La Liga success over Eibar.

At least three goals per match have been seen in 5 of the past 6 meetings where Villarreal have taken part. Opposing sides scored 9 times in these games whereas El Submarino Amarillo managed a tally of 12. We will find out whether or not that trend will be continued on here.

SD Huesca will go into this encounter after a 0-1 La Liga 2 win versus Sporting de Gijón in their last game.

In that match, SD Huesca had 53% possession and 15 attempts at goal with 6 of them on target. The only player to score for SD Huesca was Cristo González (73'). Sporting de Gijón got 3 attempts on goal with 1 on target.

A series of resolute performances from the SD Huesca defence has seen their ‘goals against’ tally amounting to 4 from their past 6 fixtures overall. During the same period of time, the number of goals that they have scored themselves amounts to 8.

Looking over their prior head to head meetings stretching back to 13/10/2012 shows that Villarreal have won 2 of them & SD Huesca 1, with the number of drawn games being 3.

An aggregate of 16 goals were yielded between them throughout the course of those matches, with 9 for El Submarino Amarillo and 7 created by Oscenses. That’s an average goals per game of 2.67.

The previous league meeting featuring the two was LaLiga match day 35 on 28/04/2019 which finished with the scoreline of Villarreal 1-1 SD Huesca.

That day, Villarreal had 46% possession and 18 shots at goal with 5 of them on target. Their only player to score was Pablo Fornals (30').

SD Huesca had 14 attempts on goal with 3 on target. Ezequiel Ávila (78') scored.

With a fully injury-free squad ready to go, SD Huesca manager Míchel Sánchez doesn’t have any fitness concerns to speak of ahead of this clash.

Our assessment is that Villarreal will most probably see a lot of the ball and convert quite a few goal-scoring opportunities.

However, SD Huesca might well find it a difficult task to score themselves but we can see them being dangerous at times, too.

We’re predicting a decent 3-1 win for Villarreal at full-time.

Both Teams to Score Prediction for Villarreal vs SD Huesca
Yes 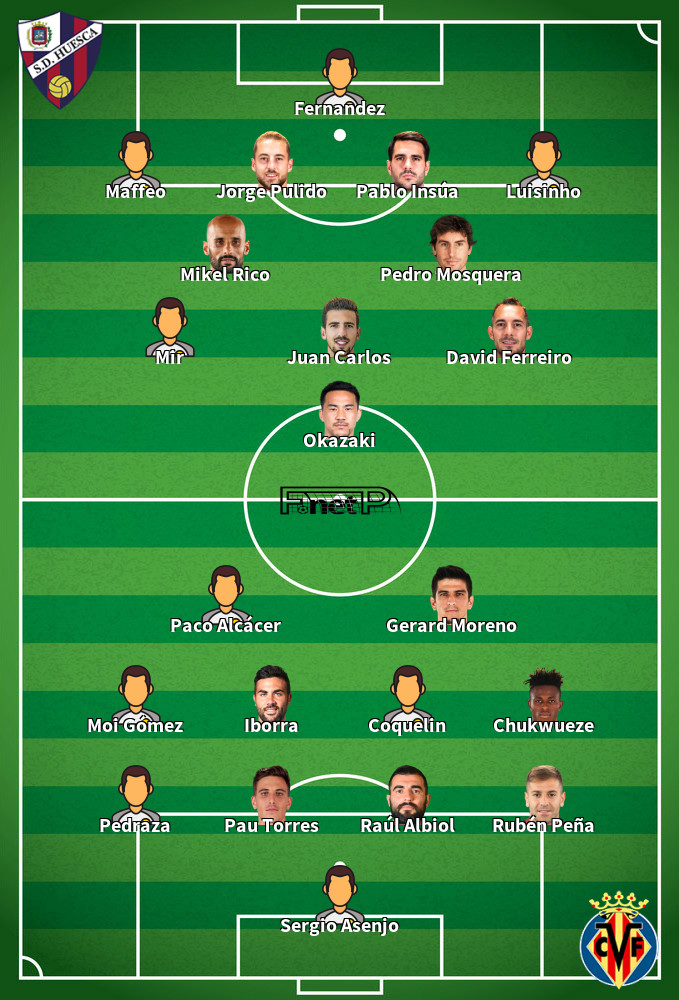 We have made these Villarreal v SD Huesca predictions for this match preview with the best intentions, but no profits are guaranteed. Please always gamble responsibly, only with money that you can afford to lose. Good luck if you do place a bet today.