Our tips, poll and stats for Viktoria Plzeň v Sheriff Tiraspol can all be found here - as well as up-to-date odds.

Viktoria Plzeň will want to continue from where they left off last time out with the 2-1 UCL Qualifiers victory versus Sheriff Tiraspol.

For Viktoria Plzeň, the goals were scored by Jan Kliment (10') and Jhon Mosquera (62').

Their most recent results reveal that things are going according to plan in the Viktoria Plzeň rearguard. Viktoria Plzeň have given the opposition little, with the number of goals that have gone past their goalkeeper during their last 6 matches standing at 4.

A succession of hard-working performances by the Sheriff Tiraspol defensive players has resulted in their ‘goals against’ tally amounting to 4 from their last 6 fixtures combined. In that period of time, the number of goals that they have scored themselves amounts to 3. That trend might not be carried forward here, of course.

The Viktoria Plzeň boss Michal Bilek will be grateful to have no fitness worries to speak of coming into this clash thanks to a completely injury-free squad available to choose from.

With a completely healthy group to choose from, the Sheriff Tiraspol manager Yuriy Vernydub has zero fitness concerns at all before this clash.

Our feeling is that Viktoria Plzeň will, in all likelihood, get a lot of shots on goal and make them count.

At the same time, Sheriff Tiraspol won’t find it easy to get a goal of their own although we do think that they will probably end up scoring here.

We’re therefore anticipating a decent 3-1 winning margin for Viktoria Plzeň at the end of the match. 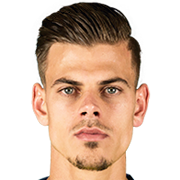 Regularly taking to the field in the Striker position, Jan Kliment was born in Czech Republic. Having played his first senior match for Jihlava in the 2012 - 2013 season, the talented Forward has struck 2 league goals in this First League 2022 - 2023 season so far coming from a total of 2 appearances.

We have made these Viktoria Plzeň v Sheriff Tiraspol predictions for this match preview with the best intentions, but no profits are guaranteed. Please always gamble responsibly, only with money that you can afford to lose. Best of luck.