Our full set of predictions, statistics and match poll for Sivasspor v Trabzonspor can be seen below - plus the latest match odds.

Sivasspor, who won their previous game, will hope for a similar result following the 0-1 Super Lig success over Konyaspor.

In that game, Sivasspor had 38% possession and 11 shots on goal with 2 on target. The only player to score for Sivasspor was Leke James (66'). On the other side, Konyaspor had 15 shots at goal with 4 on target.

Riza Çalımbay's Sivasspor have managed to score 7 times over their preceding 6 outings. The number of goals that have been scored against them in those same fixtures stands at 5.

Trabzonspor will come into the game following a 1-0 Super Lig win to beat Yeni Malatyaspor in their most recent game.

A series of resolute displays from the Trabzonspor defensive unit has resulted in their ‘goals against’ tally standing at 3 from their previous 6 outings combined. Over that same time, the number of goals that they have scored themselves amounts to 8. Even so, time will tell whether that trend might persist in this match or not.

Going into this encounter, Trabzonspor are winless against Sivasspor when they have played them away from home in the previous 3 league games.

Looking over their prior head to head meetings dating back to 27/01/2019 shows us that Sivasspor have won 1 of these and Trabzonspor 2, with the number of drawn results being 3.

In all, 13 goals were scored between them in this period, with 6 from Yiğidolar and 7 for Karadeniz Fırtınası. The average goals per game has been 2.17.

The last league meeting featuring these sides was Super Lig match day 2 on 23/08/2021 when the final score was Trabzonspor 2-1 Sivasspor.

That time, Trabzonspor managed 53% possession and 14 attempts on goal with 6 of them on target. The goals were scored by Anastasios Bakasetas (15') and Anthony Nwakaeme (47').

For their opponents, Sivasspor got 17 shots on goal with 4 on target. Isaac Cofie (70') scored.

The match was refereed by Abdulkadir Bitigen.

We’re inclined to think that Sivasspor could find themselves struggling to register a score against this Trabzonspor side who we think might do enough to score at the other end and edge ahead. 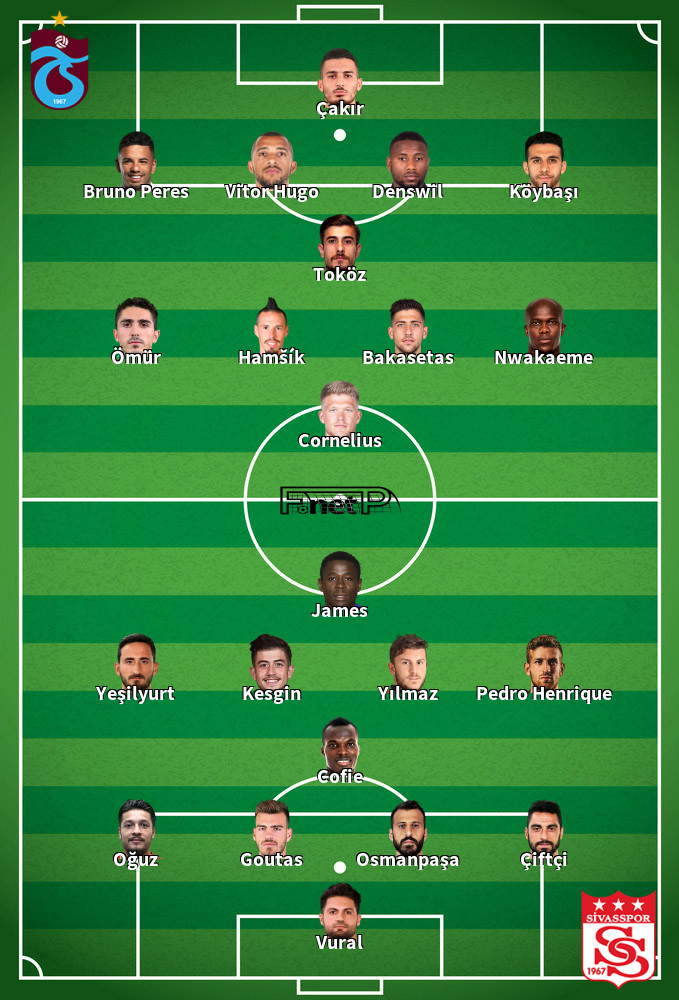 Mostly used in the Striker position, Olarenwaju Kayode was born in Ibadan, Nigeria. After making a first senior appearance for FC Luzern in the 2011 - 2012 season, the gifted Forward has managed to score 3 league goals in this Süper Lig 2021 - 2022 season so far from a total of 18 appearances.

We have made these Sivasspor v Trabzonspor predictions for this match preview with the best intentions, but no profits are guaranteed. Please always gamble responsibly, only with money that you can afford to lose. Best of luck with your selections.