Solihull Moors head to Racecourse Stadium on Saturday for the National League fixture with hosts Wrexham.

View all Wrexham v Solihull Moors tips, stats and our pre-match poll below - as well as up-to-date odds.

An interesting aspect of recent Wrexham games is the high number of scores with a nil in them.

Taking their previous 6 clashes before this one, in as many as 6 of them a bet on BTTS would've been a losing one. Previous results aside, we must now wait to see whether the trend might continue on in this next match or not.

Going into this encounter, Wrexham haven’t won at home in the past 3 league games.

Since being defeated in their last game at the hands of Yeovil Town in National League competition, Solihull Moors and their travelling supporters will be hoping that they can get a better result in this one.

During their 6 latest matches, Mark Yates's Solihull Moors have slotted home a total of 11 times therefore yielding them the goals per game average of 1.83.

Looking over their most recent head to head meetings stretching back to 20/02/2018 shows us that Wrexham have won 2 of them and Solihull Moors 3, with the tally of drawn matches standing at 1.

In all, 9 goals were produced between them throughout the course of those matches, with 4 of them from The Dragons and 5 created by The Moors. The average goals per game has been 1.5.

The previous league contest between these clubs was National League match day 2 on 06/10/2020 when it ended Solihull Moors 1-0 Wrexham.

The referee was Thomas Parsons.

Wrexham boss Dean Keates has zero fitness worries whatsoever before this match with a completely injury-free group available for selection.

Due to a completely healthy group ready to go, Solihull Moors manager Mark Yates has no fitness worries to speak of ahead of this game. Tyrone Williams cannot play in this game through suspension.

In this match, Solihull Moors are likely to put a goal past this Wrexham team, but that possibly won’t be enough to avoid defeat.

We’re tipping a very close game with a 2-1 victory for Wrexham by the time that the referee blows the final whistle. There looks to be little in this one. 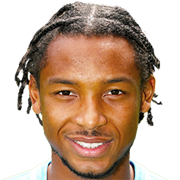 Usually playing in the Striker position, Kwame Thomas was born in Nottingham, England. After having played his first senior match for Derby County in the 2014 - 2015 season, the accomplished Forward has struck 10 league goals in this National League 2020 - 2021 campaign so far in 28 appearances.

We have made these Wrexham v Solihull Moors predictions for this match preview with the best intentions, but no profits are guaranteed. Please always gamble responsibly, only with money that you can afford to lose. Good luck!